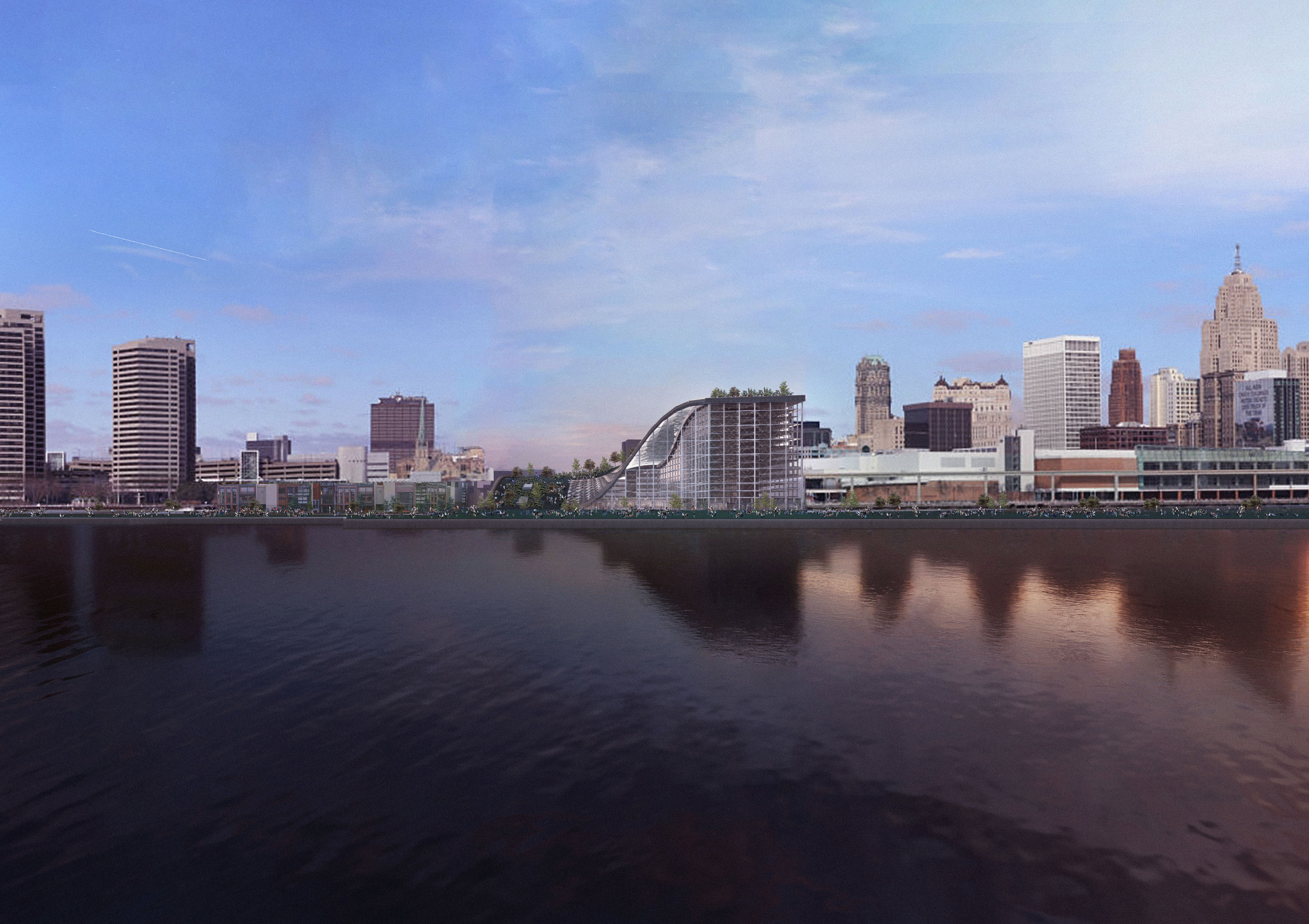 The Foundry pays homage to Detroit’s industrial past. Yet, the name also speaks to an industrious spirit of a people who continue to build a brighter future for their city. We envision The Foundry as a place where bold ideas are cultivated and new partnerships are made possible through thoughtful design decisions made to enhance public life. The Foundry will help shape the Detroit of the future - an inviting destination to live, work and play - contributing to America’s biggest comeback story.

The City of Detroit has endured decades of crisis after crisis. While the city center has seen recent investment and improvements to the built environment, these changes have not been equitable and have only increased inequality. Large swaths of the city remain deserted after decades of depopulation and years of neglect. Moreover, while Detroit’s prosperity was tied to the car industry, a reliance on the car has left many parts of the city physically and socially isolated.

In light of these challenges, we have concerns about the brief and the quality of the built environment such an approach would create. With an emphasis on luxury apartments and an exclusive hotel, the brief priorities may not enhance social connections between residents and visitors.

The competition brief seeks a Detroit Waterfront District that will be an “international entertainment center pulsating with music, shows and lights reflected on the Detroit River”. To be clear, any building physically and socially isolated from the surrounding environment will not be pulsating with human activity throughout the day and night, but rather will repel public life. While the brief aims for luxury and prestige, this alone will not achieve a quality environment for people - the site must invite residents and visitors to stay, play and spend.

The Foundry will cast a new mold and direction for the city’s waterfront. Despite being home to beloved local sports teams, the Joe Louis Arena failed to fully integrate into the city and waterfront. Non-active façades combined with a lack of diversity in nearby food and retail opportunities contributed to a site that did not successfully interact with its surroundings or reach its economic and environmental potential.

The Foundry will help right this course with an attention to how the site will function as a part of a wider Detroit ecosystem. The long term vitality of The Foundry, depends on social, economic and environmental integration into the fabric of the wider city. To compliment The Foundry, we propose a liveable neighbourhood adjacent to the site - fostering a positive reciprocal relationship of mixed-use buildings with a wide bandwidth of tenure sizes and types for people of various life stages.

Collectively, these moves will enhance the diversity and density of the Detroit Waterfront District. The Foundry will contribute to a high quality of life for residents while also attracting visitors from around the globe to a new world-class leisure and entertainment destination. Check out the video below for a round table discussion with the team.