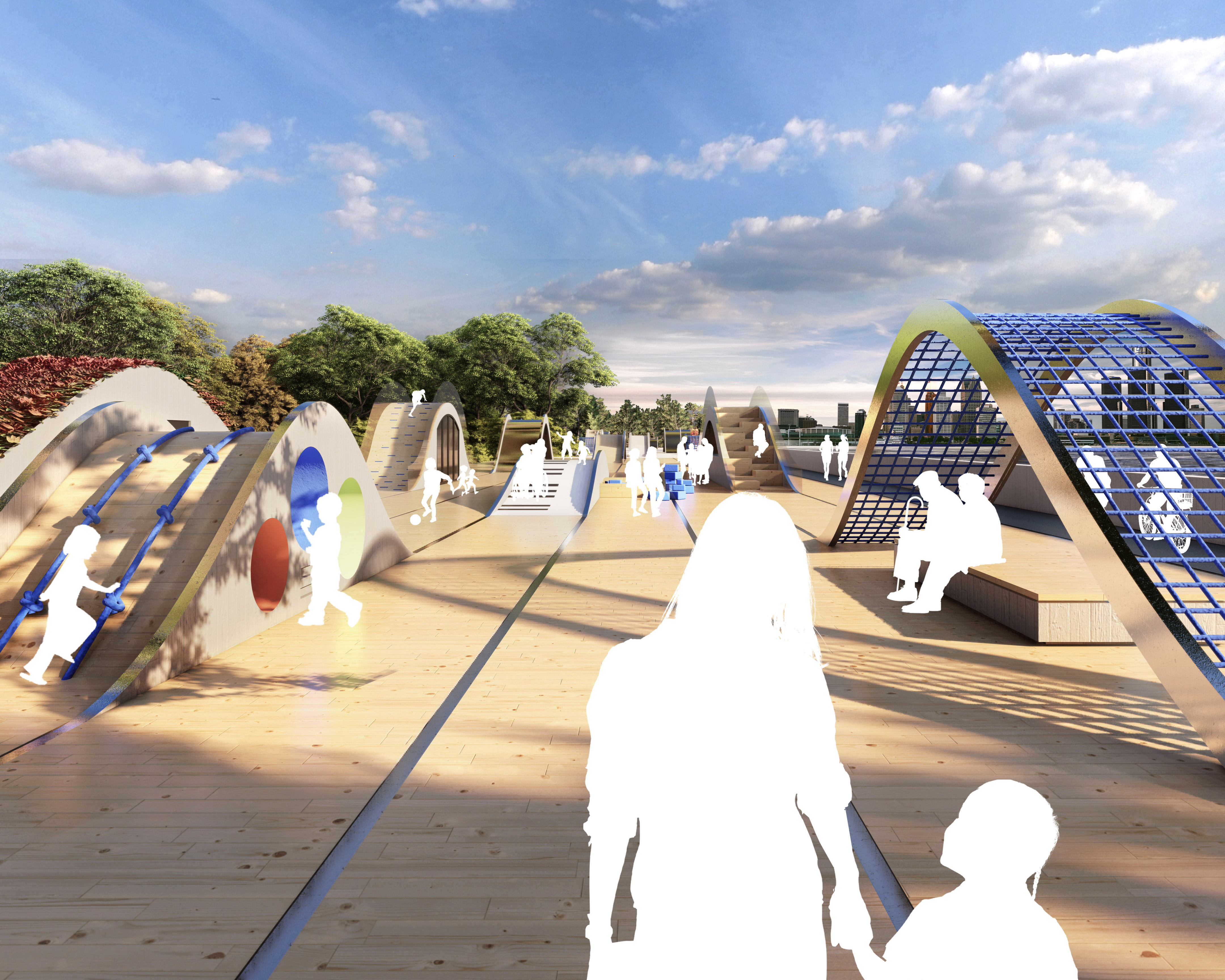 In this pilot we worked with a 'Design Outsider' Emily, a primary school teacher with a background in outdoor education to tackle a design challenge using a play furniture brief as the starting point for discussion and a spark for creativity. The design challenge was to be completed in just two days.

The conversation began with first impressions of the brief. With Emily’s background in education and learning environments, she saw an opportunity for the project to be situated outdoors with a focus on how the child would interact with the site. She was able to draw from precedents that she remembered from her lived experiences, introducing examples like Lincoln Logs and Imagination Playground to the team. While Emily was chosen as a guest collaborator with a background in education, it was her other life experiences that also proved valuable in the design process. Emily drew from her background in technical theatre and as a stage manager while in high school in Canada.

To view the design process see the video below.

The structures provide opportunities for a diverse range of usage underneath each 'wave', while inviting children and adults to sit, watch and play along a linear pathway.

While we spoke about presenting the project through isometric drawings, parti diagrams, and renders, Emily reminded the team how this might be viewed by non-designers. She suggested non-designers may not be used looking at things like isometric drawings, so that it would be critical for the team to visualize how people will be interacting with the play furniture. The discussion below reveals just one of the many unique contributions of this week’s ‘design outsider’.

Emily: “[I think it’s important] to be able to see [the play furniture] in a space...and how most people are going to interact with it and be able to understand what is going on. I think that should be focus number one. What would be more traditional for you guys first, maybe isn’t the first thing that happens...”

Josh: “...so trying to get across the interaction people were having with the site?”

Emily: “Yeah. Because, if the whole concept is an emotional connection, something that is different and creative and be something for people, good for communities, and taking into consideration outside voices...that has to show in the final product.”

Callum: “...Maybe our focus is on the interaction between the parents and the child...our design is just a backdrop to it...”

Daniel: “It facilitates [the interaction].”

Josh: “Maybe on an Instagram post...we could present it in stages...the people...the spaces...then the structure…”

This conversation illustrated above show one of ways the design outsider nudged the team closer to show the human element in their design and remain focused on the relationship between people and their interaction with place and the design.

Recognizing that play is developmentally appropriate for humans of any age, the play furniture elements are modular and can be adapted to suit community needs. Through an attention to both seating and playful elements, Playful Pathways incorporates play into the public realm to inspire playfulness and creativity.

The team reflects on the initial contributions of the Design Outsider, and continues to develop the visualization of the Play Furniture Pathway.

In part three, the team reveals the design to the Design Outsider. Following the reveal, we discuss opportunities that could enhance the design, and reflect on the 2 Day Design process. 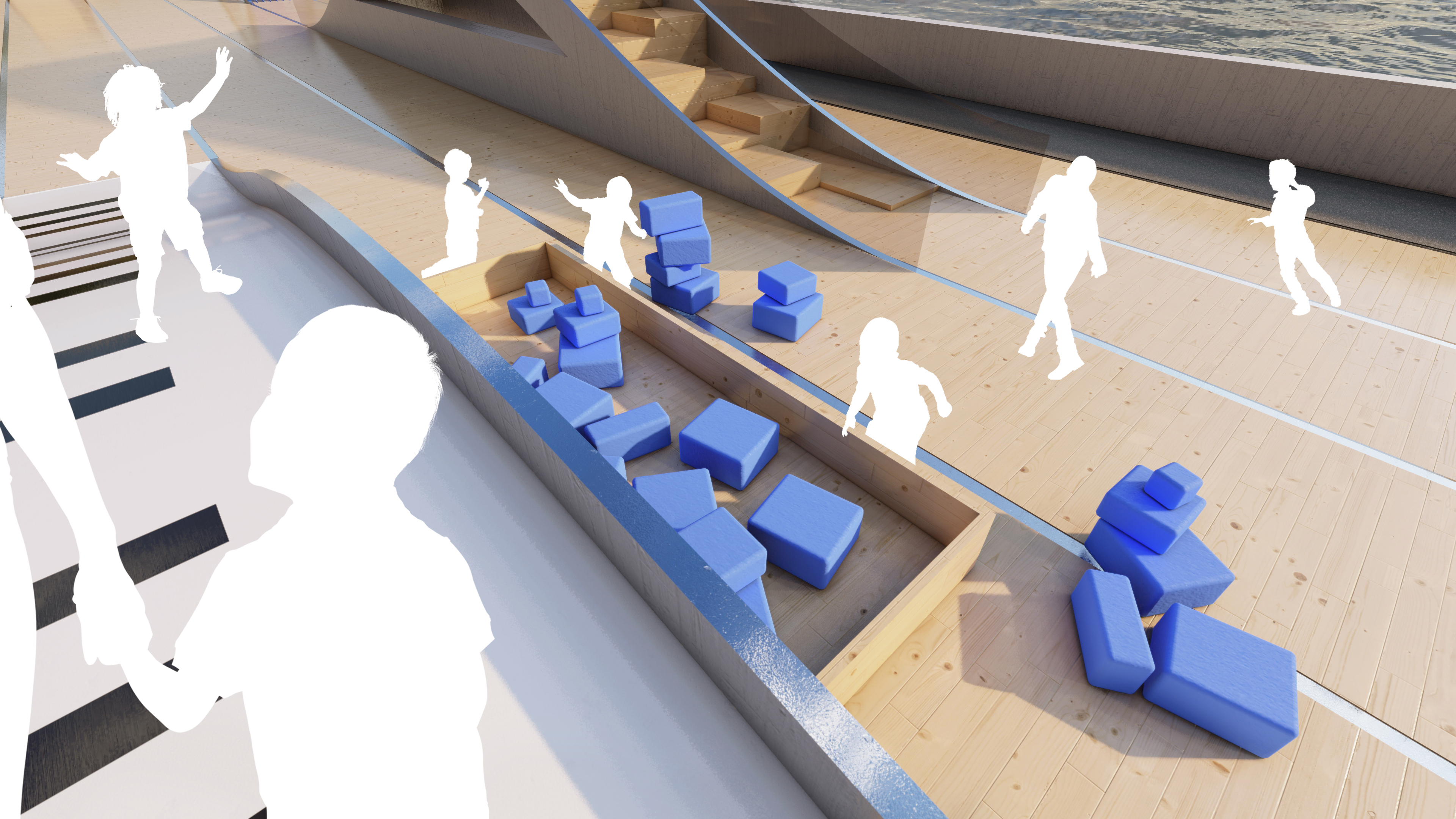 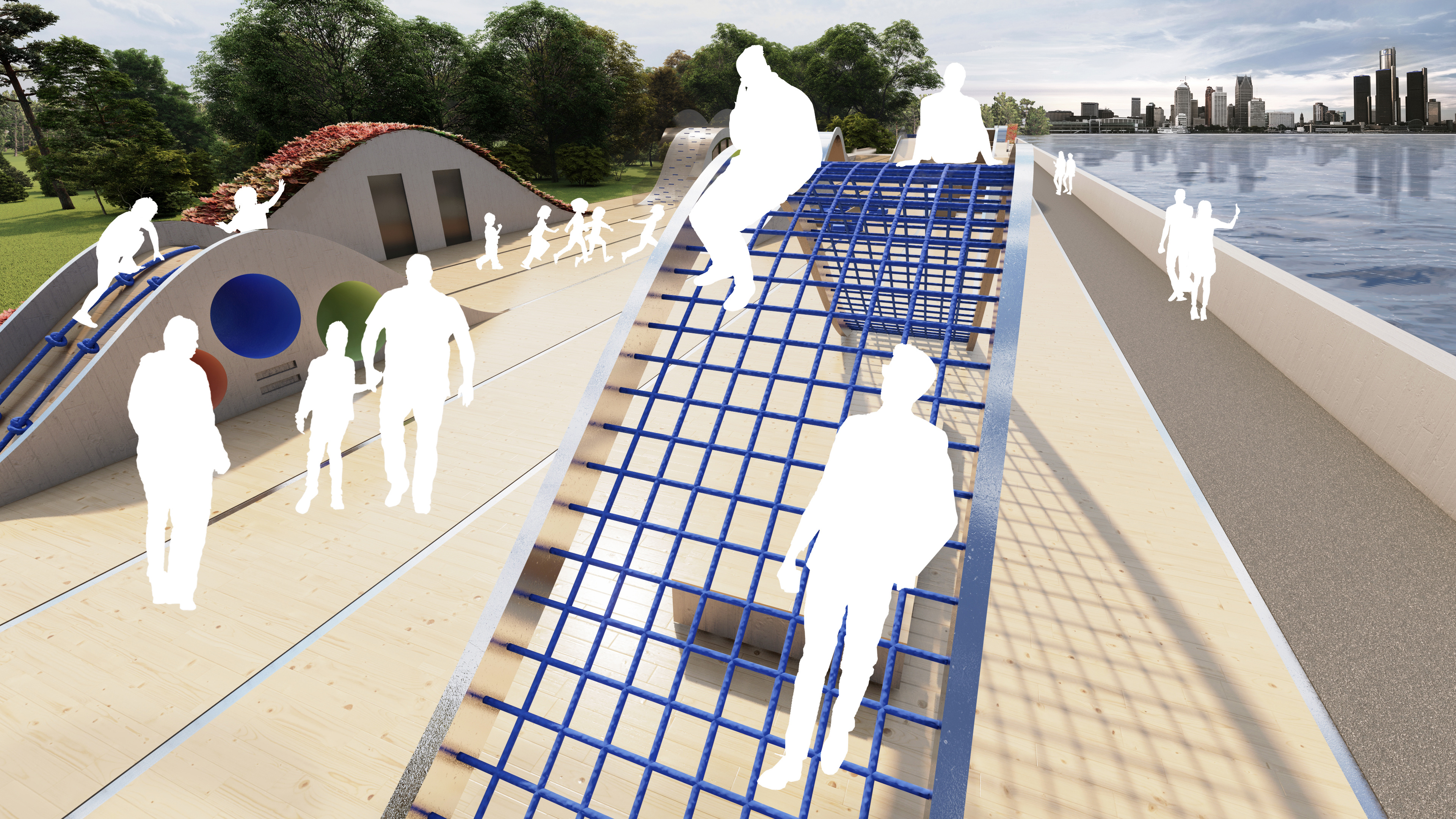 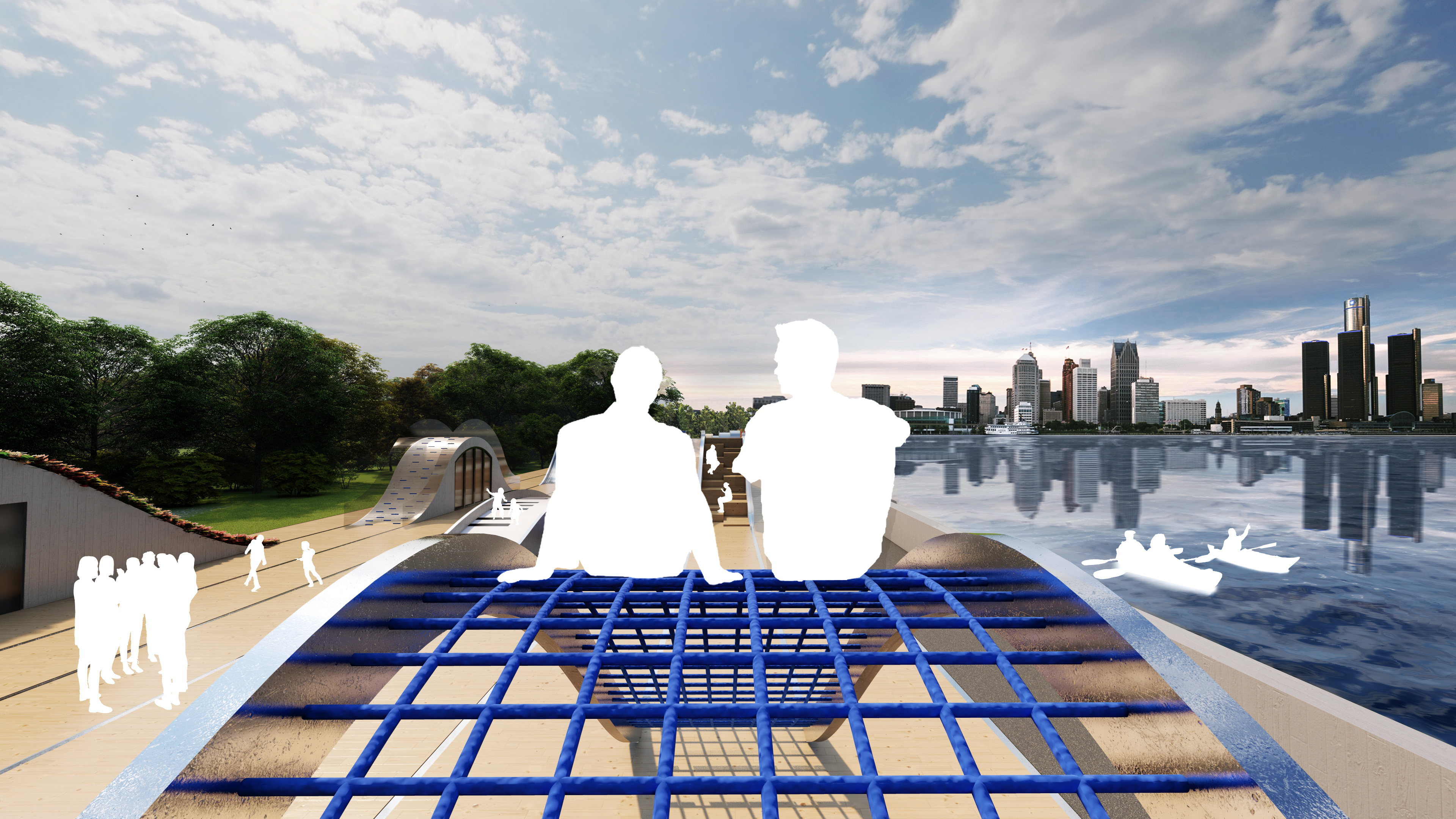 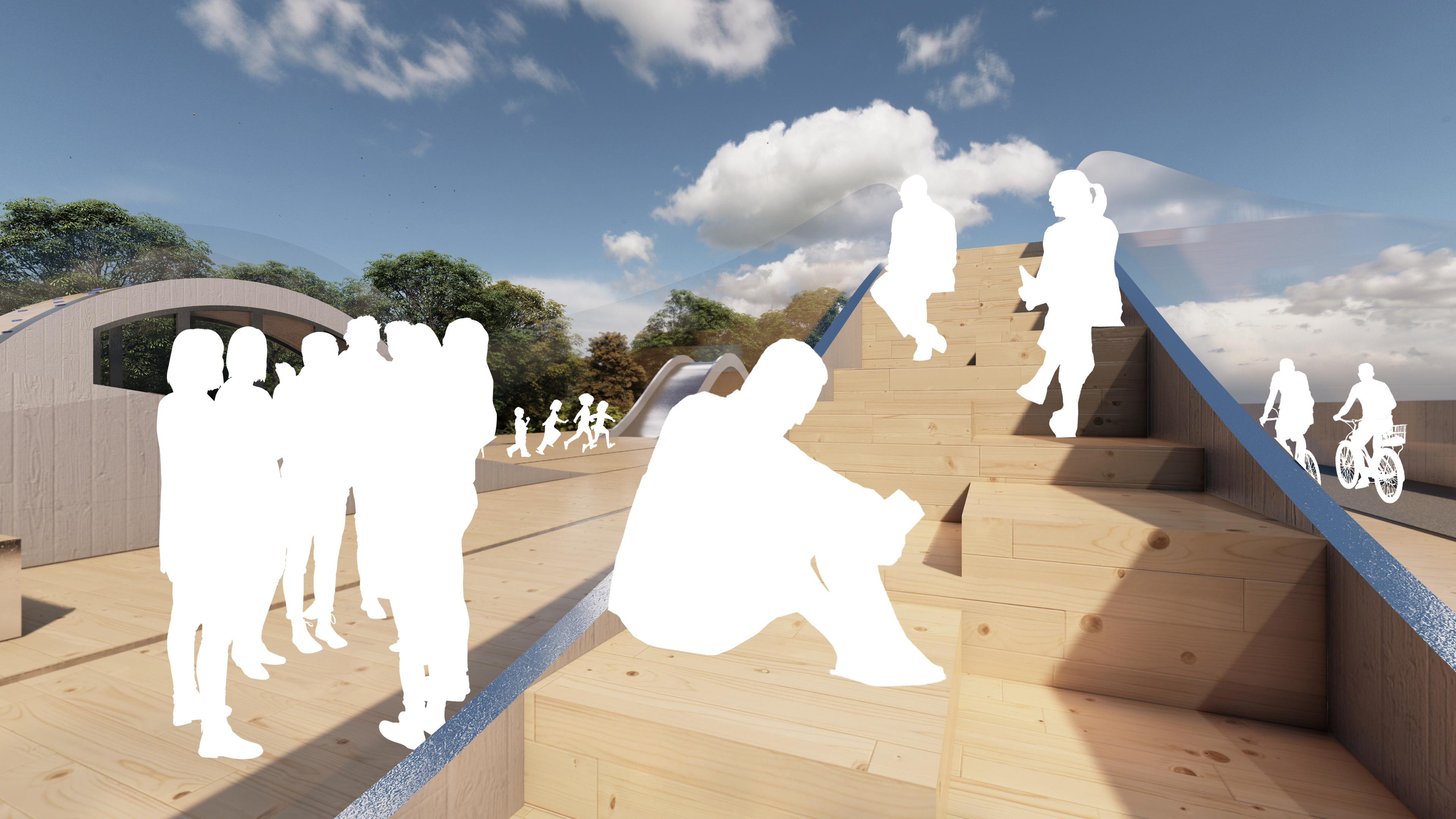 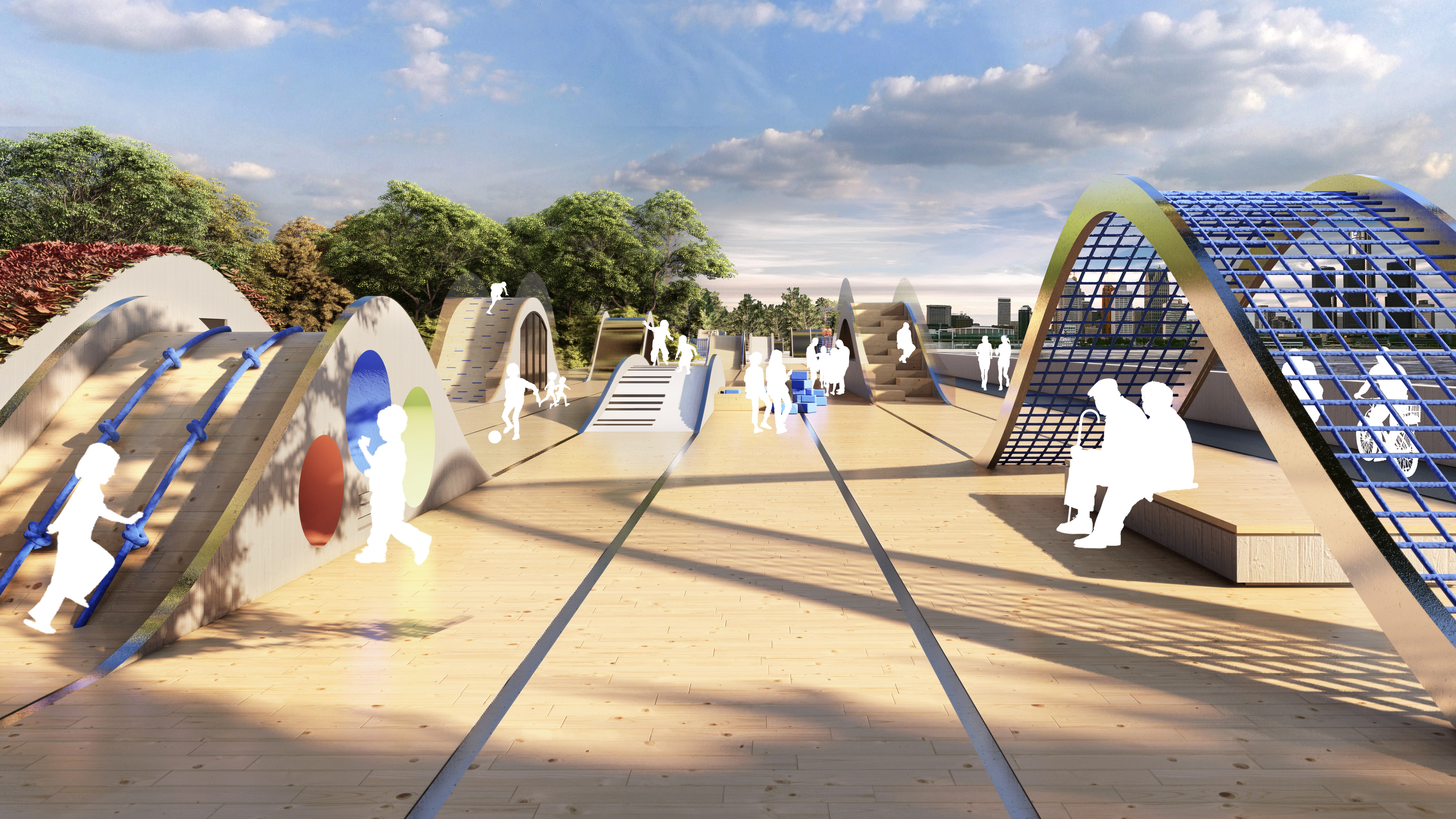