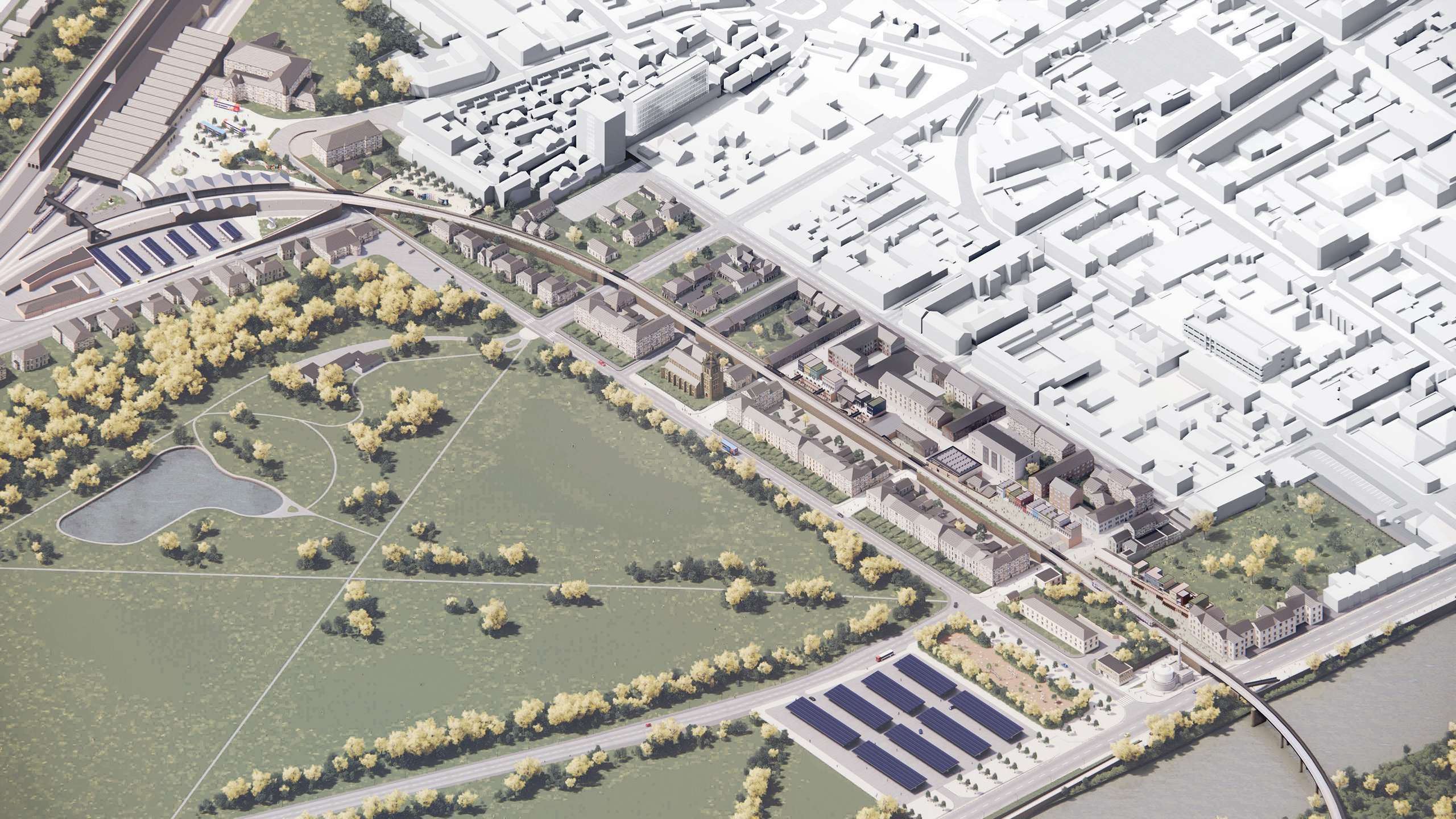 Summary
Summary
Perth Creative Commons aims to redevelop Perth’s rail line into a new urban corridor and develop several sites along this route, establishing a diverse creative community. It is achieved through a vision driven strategy that enables ‘collaborators’ to contribute through a self-build framework. The project aims to attract young professionals and entrepreneurs from across multiple disciplines, from traditional arts to tech and engineering. The proposals success relies on establishing a condition which enables and incentivises creatives to contribute to the community and fully realise their aspirations without hindrance.
Location
Perth, Scotland
Acknowledgement
Client
Perth City Council, University of Dundee
Date
May 2020
Creator
Callum O'Connor
Team
No items found.
No items found.
,
No items found.
Additional Content
University of Dundee - ArticlePART I: CREATIVE INNOVATIVE CITIESPART II: ENABLING INNOVATIONPERTH STATUTORY PLANNING
Share
Proposal
Excerpt

Perth Creative Commons is a proposal for the redevelopment of Perth's inner city edge. This transportation corridor is often the first impression many visitors experience when arriving in Perth. The Creative Commons is set to be Perth's new welcoming face developed by the community for the community. The proposal has a particular focus on creatives, entrepreneurs and those who wish to engage in community lead development. The scheme also includes remodelling the train station focusing on permeability, consolidation and ease of travel.

Coal Shore acts as phase 1 of the creative commons strategy as a result of several key factors. The site offers the perfect workshop space currently in the form of a auto repair garage. This would provide a location for self build fabrication becoming the initial engine for physical development. Opposite, sits the elevated rail line with uninhabited arches beneath. These arches once housed coal delivered to the site by barge, inspiring the name Coal Shore. The arches would offer excellent retail space with less demanding initial investment. This opportunity would become the economic driver allowing businesses and entrepreneurs to get set up with lower risk and less construction. The site is also well placed next to the Fergusson Gallery, Water Front, South Inch and transportation routes.

The site would be prepped for development with the construction of a two story plinth through community, charity and local government investment. Self build methods would then take over as the community grows. The image above shows the development flourishing with several plots in different stages of development. Through the navigator, properties can be explored in more detail, offering access to technical drawings which are to be available for open source construction.

Transportation in Perth appears disjointed with a lack of ease between services. The bus station is split between several locations, only one of which is within reasonable distance of the train station. The train station itself is isolated from the city and difficult to navigate. This proposal focuses on opening the station up with less emphasis on ticket verification and instead focusing on the experience of travellers, following the trends in public transport across wider Europe. This proposal reinstates the original entrances allowing for permeability and movement between the new urban corridor, city centre and neighbouring services. It also ops to remove the 1970 addition in favour of a more welcoming entrance in keeping with the stations form.

Relocating the car park to the south frees up space for a dedicated bus station and taxi rank. All three major forms of transportation are now consolidated in one location at the periphery of the pedestrianized zone with two defined routes into the city centre with the addition of Perth's elevated 'Edge' proposal and the new residential development by Alistair Battles. Locations for community art have been included in the strategy and proposals can be submitted through the engagement portal within the navigator allowing young creatives to display their work at one of Scotland largest transportation hubs. 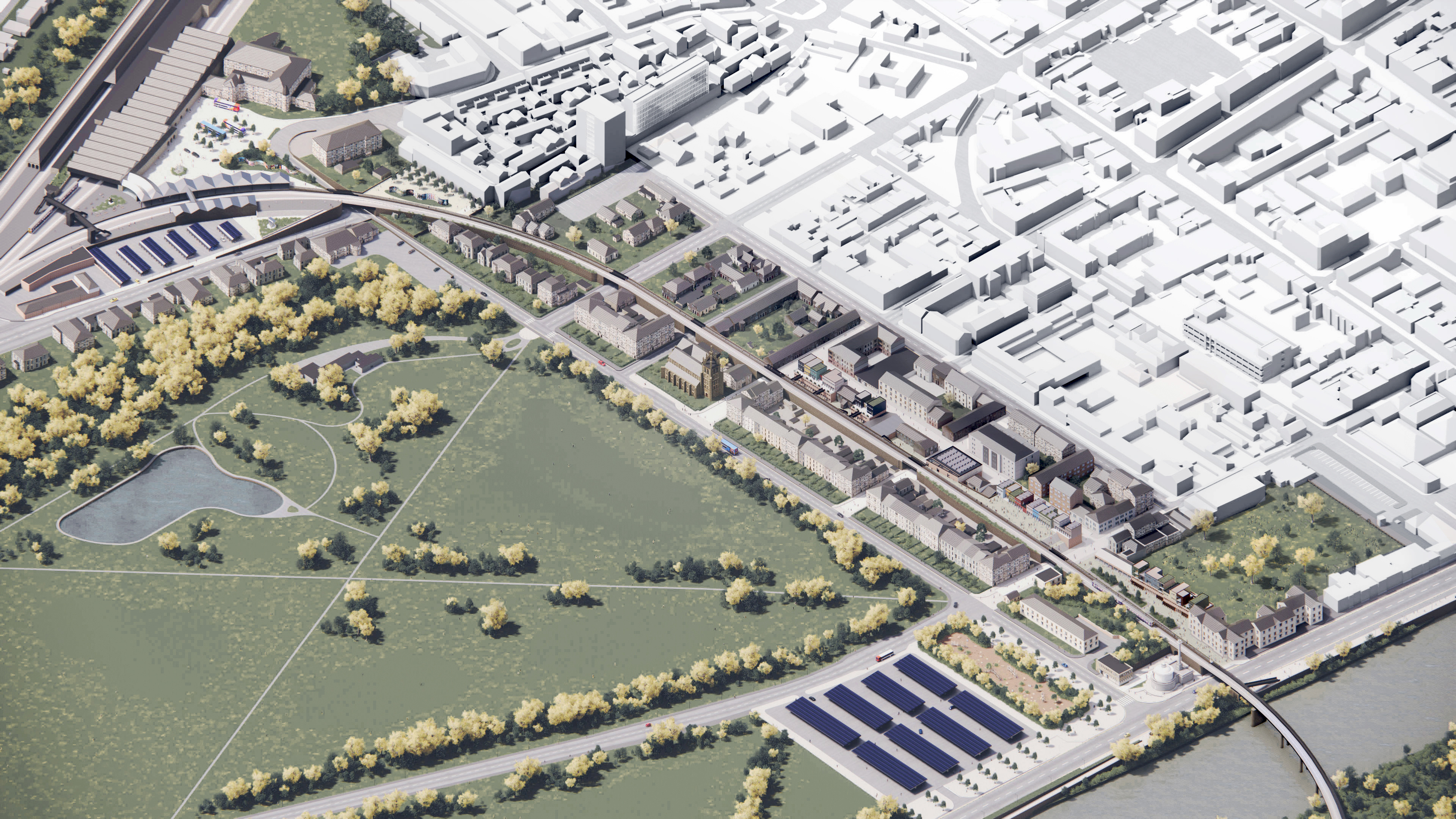 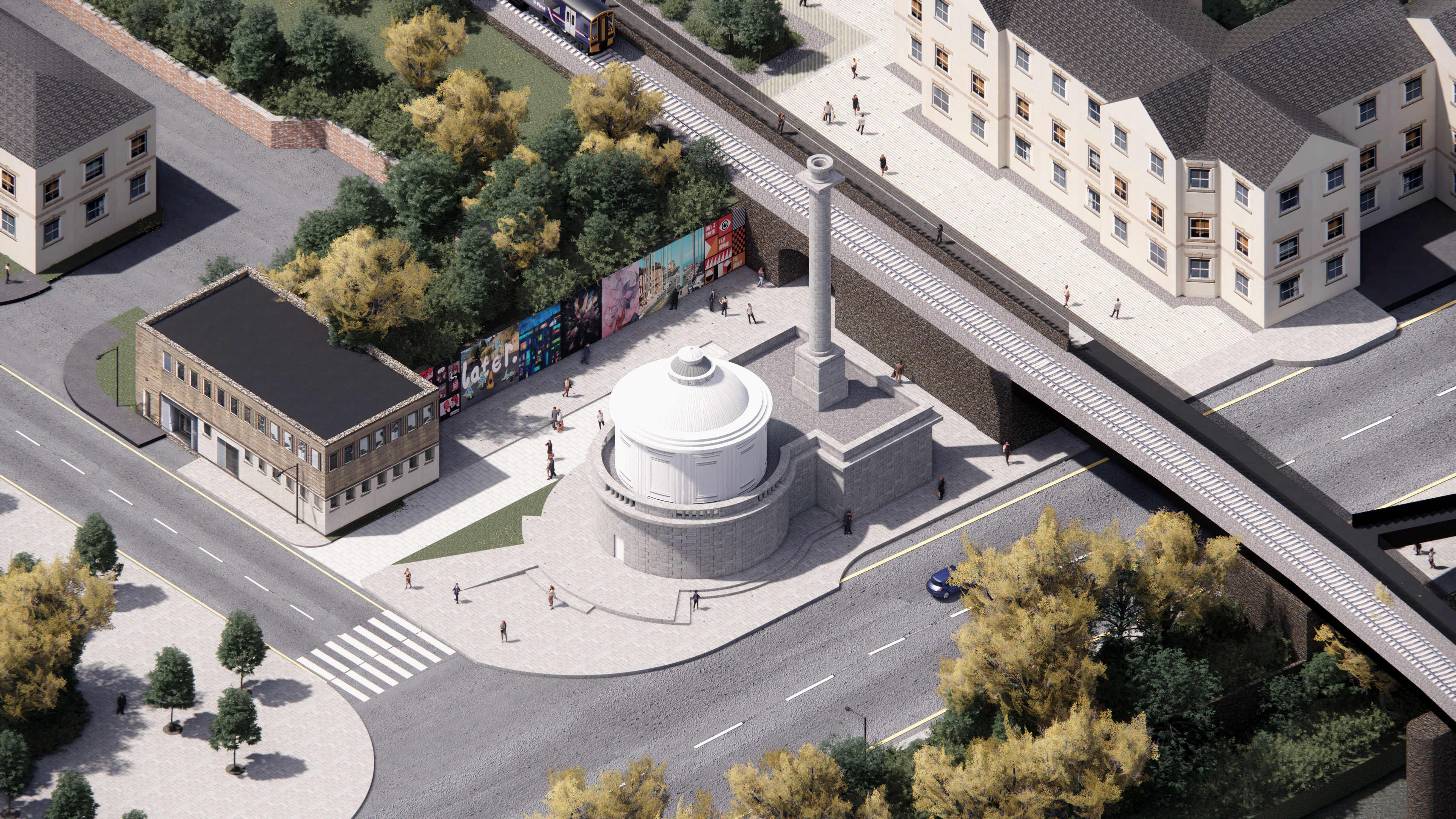 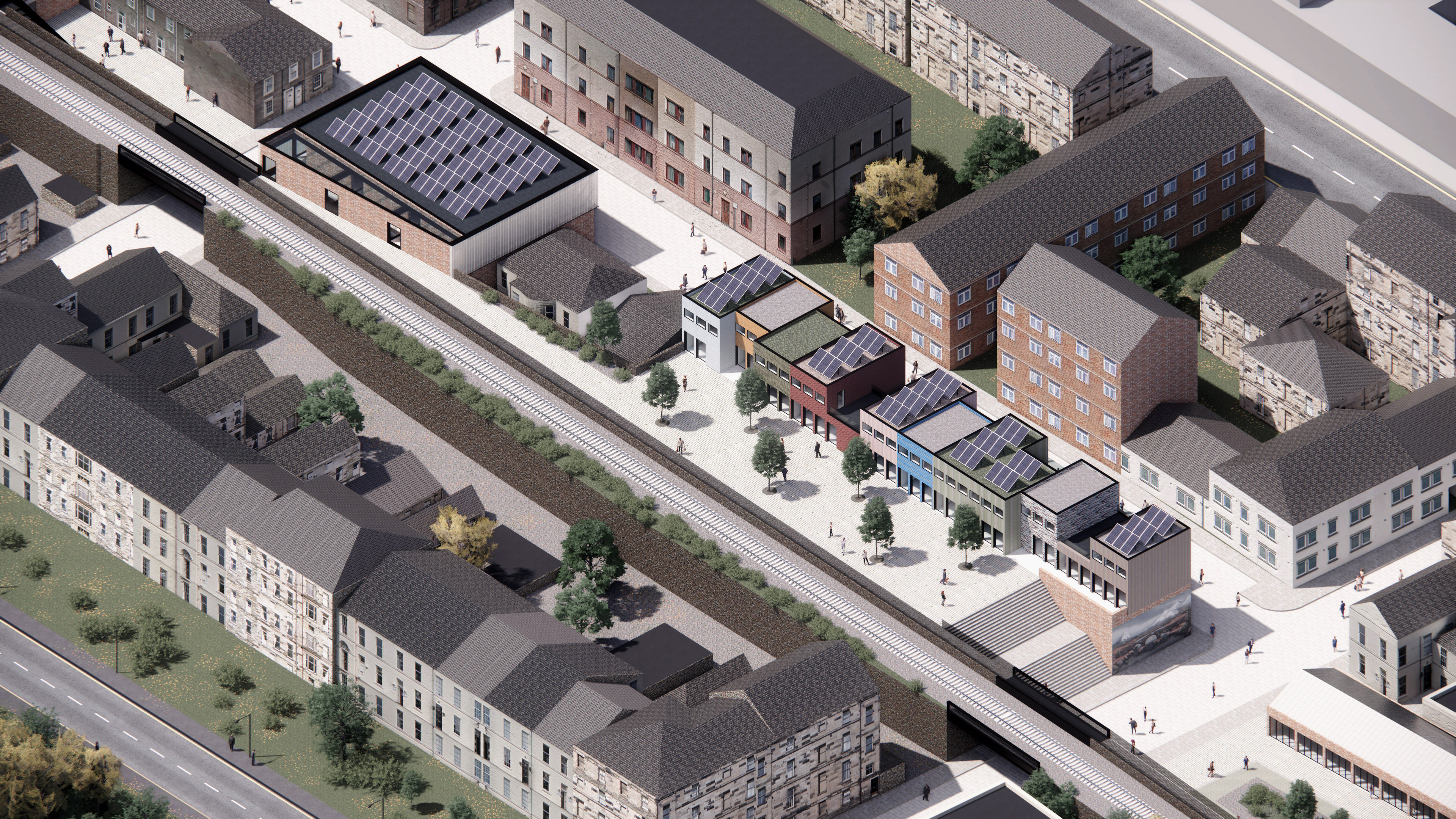 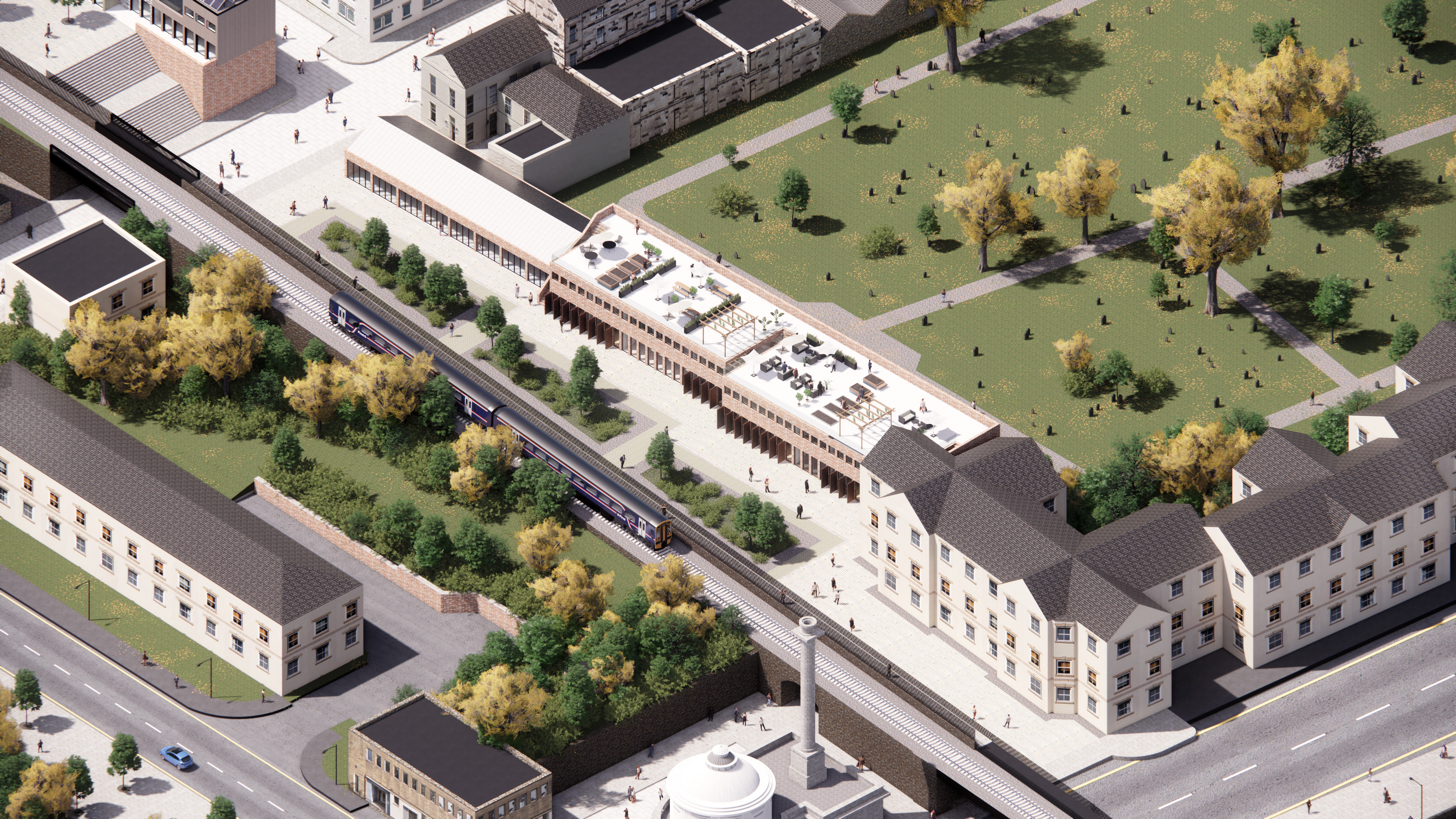 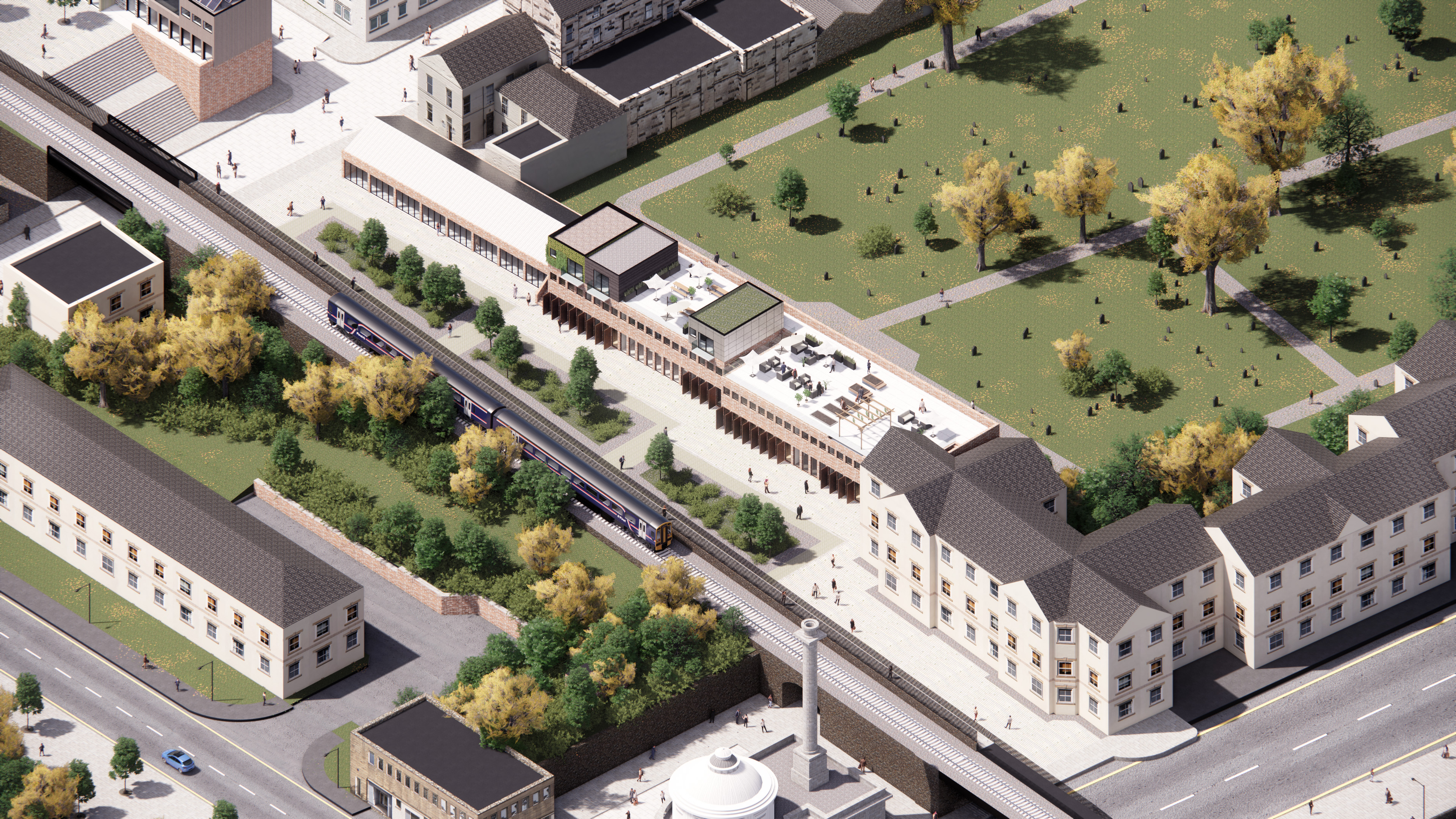 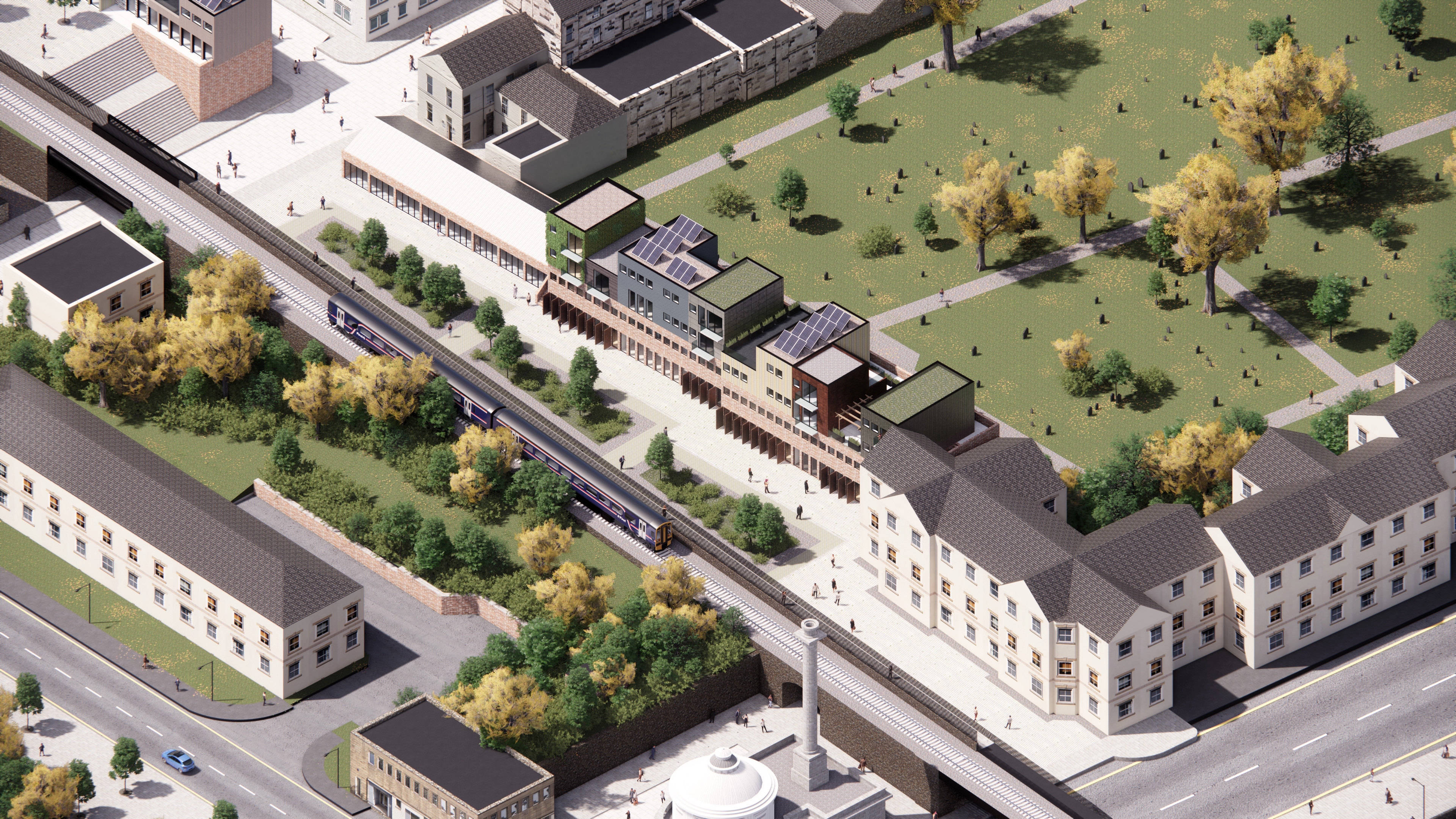 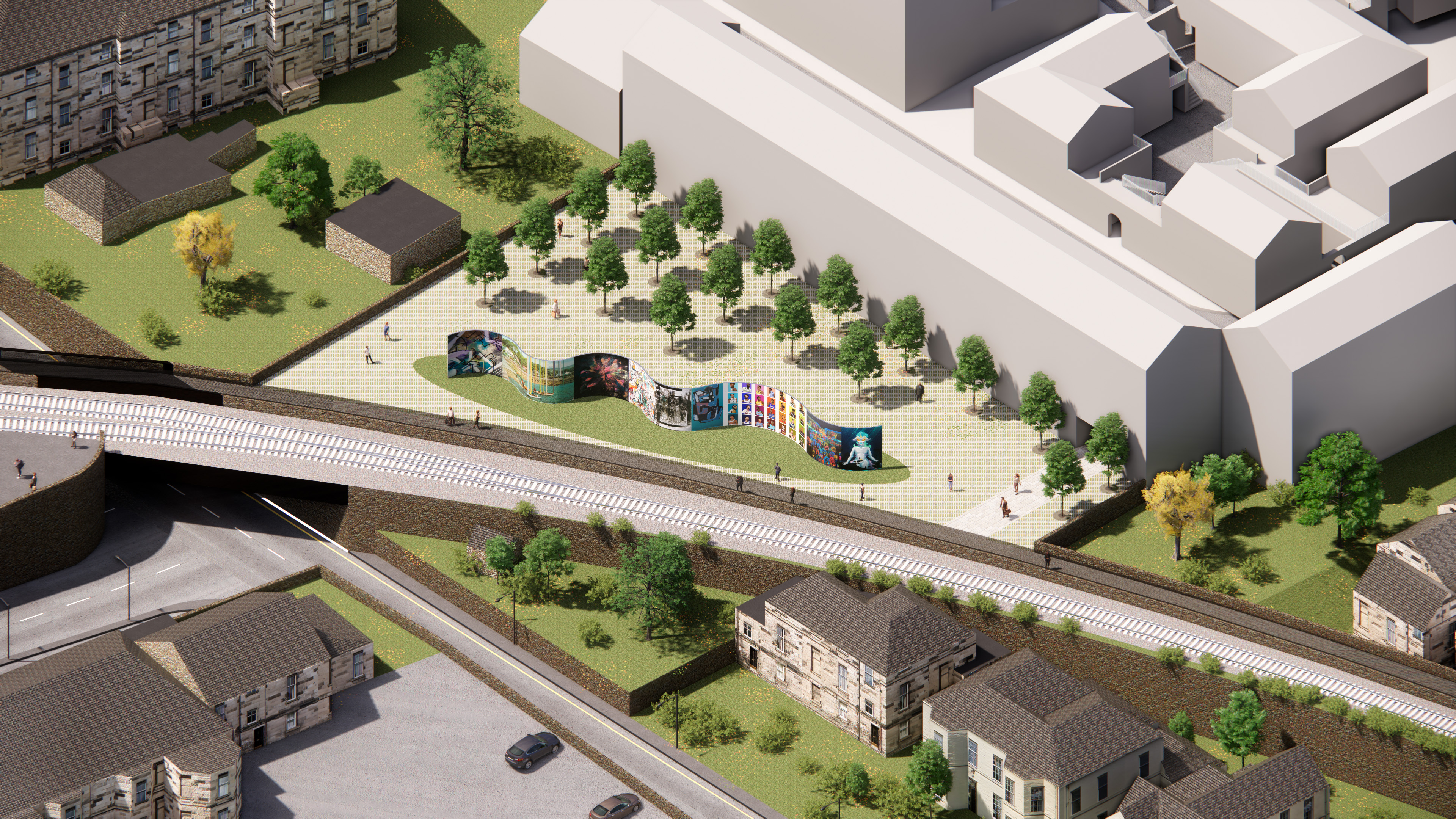 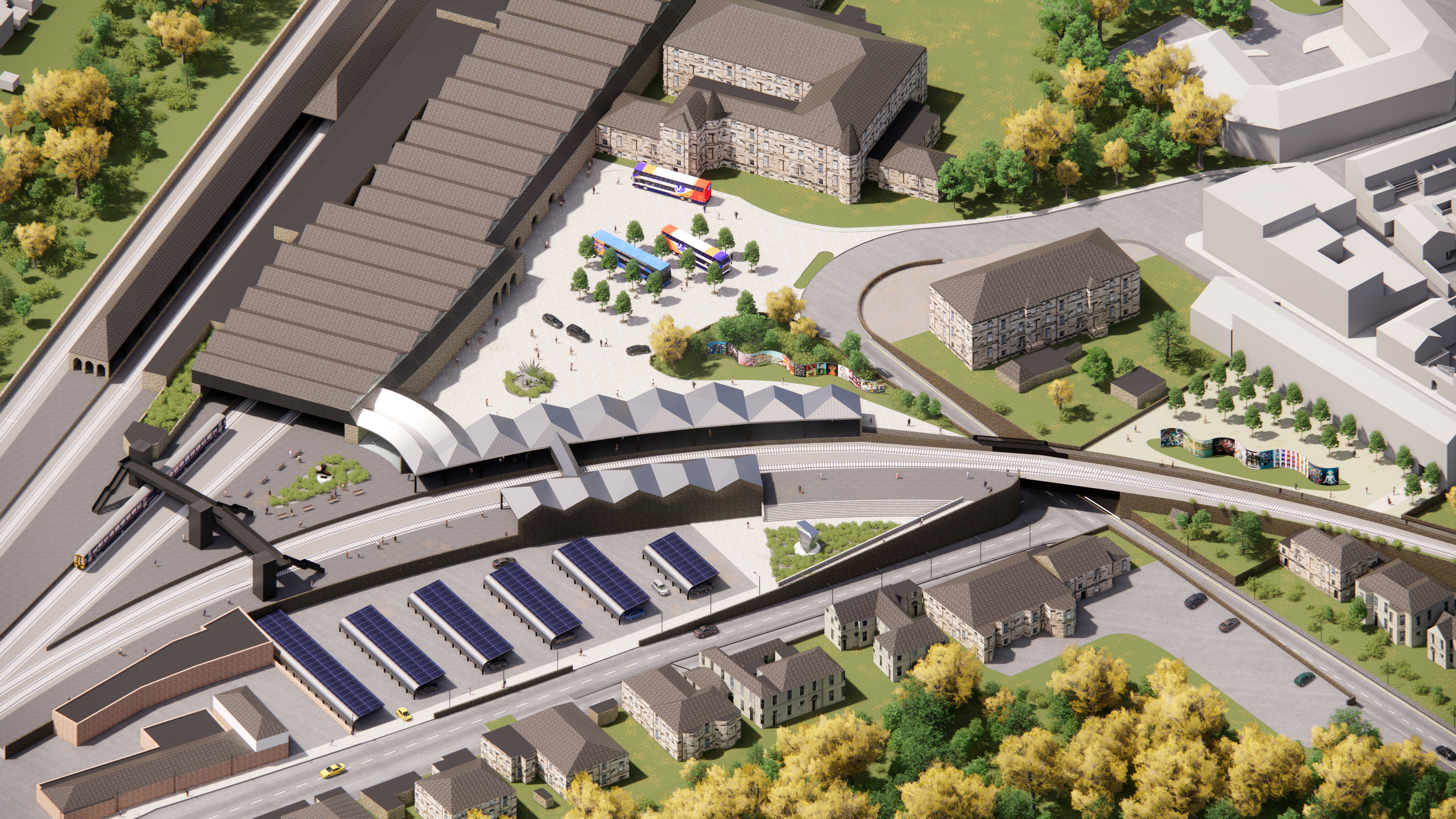 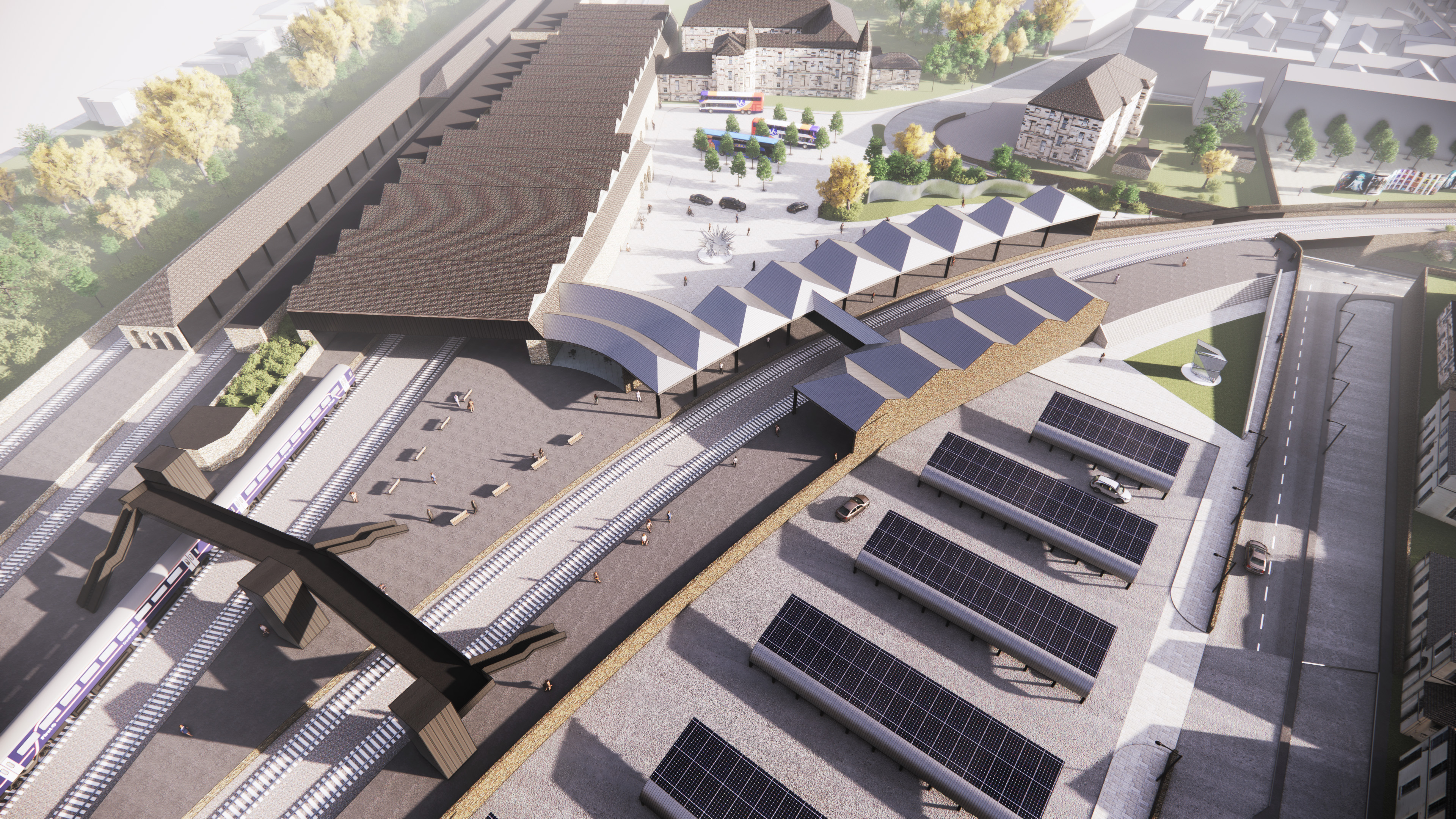 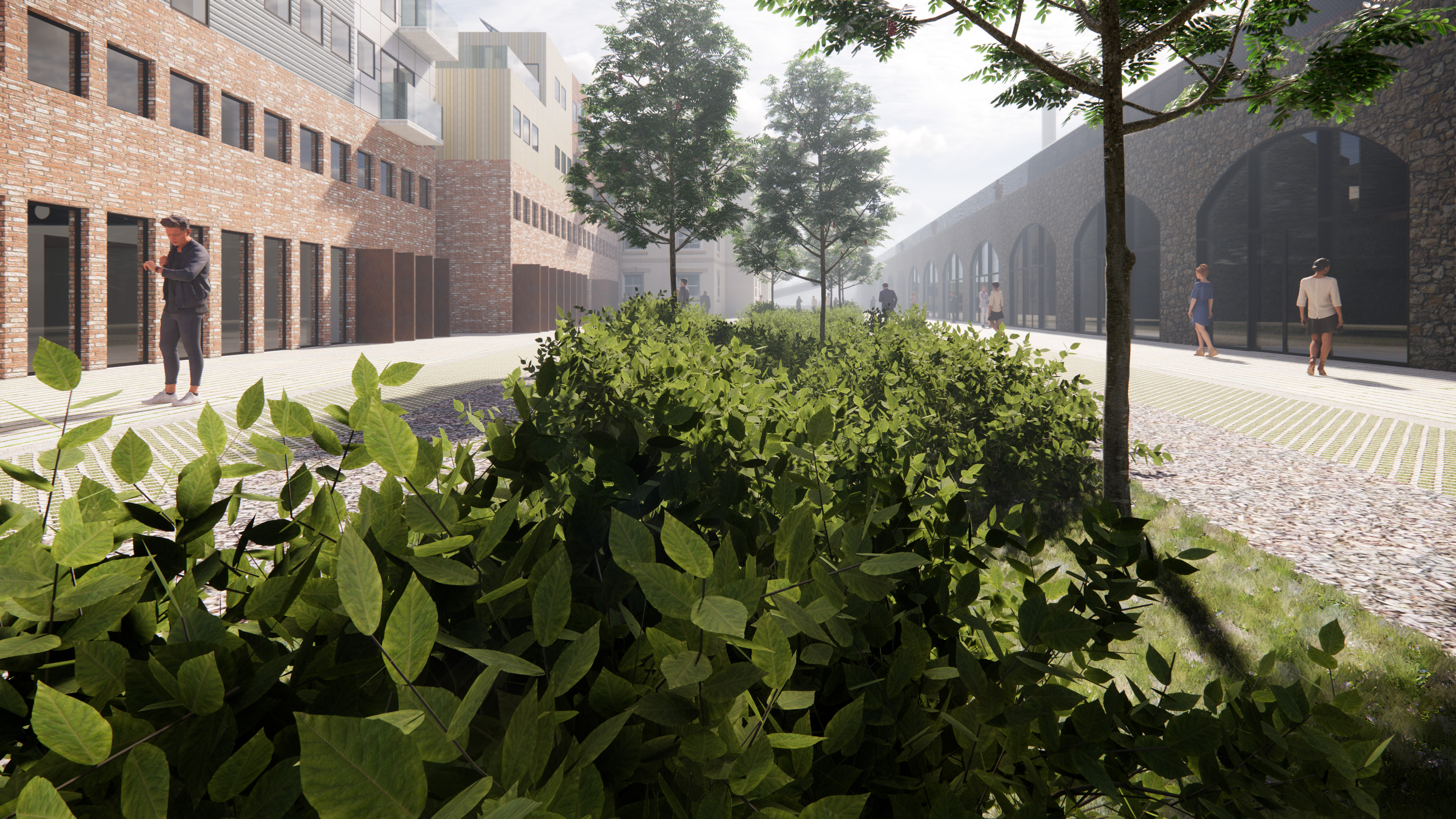 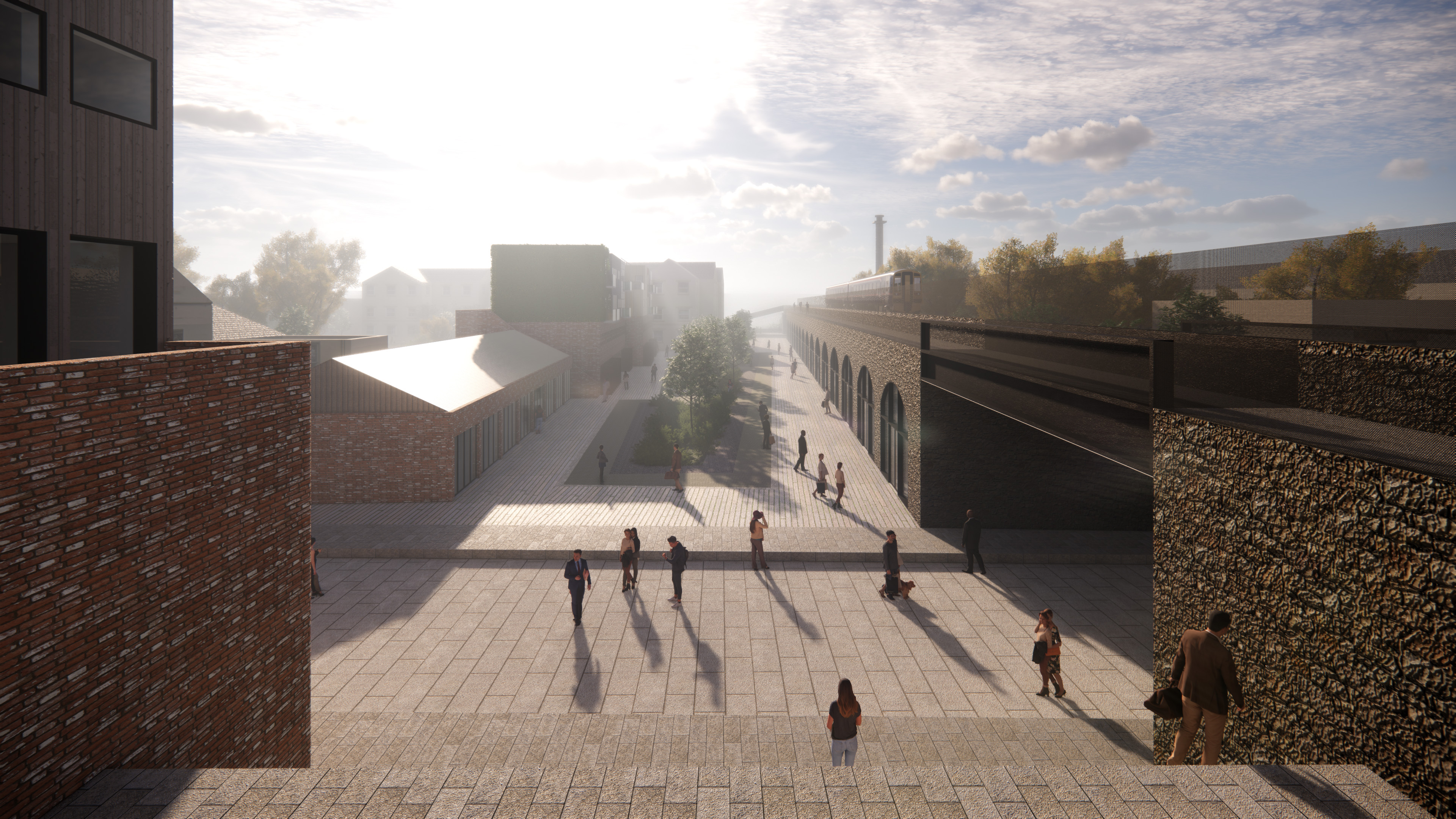 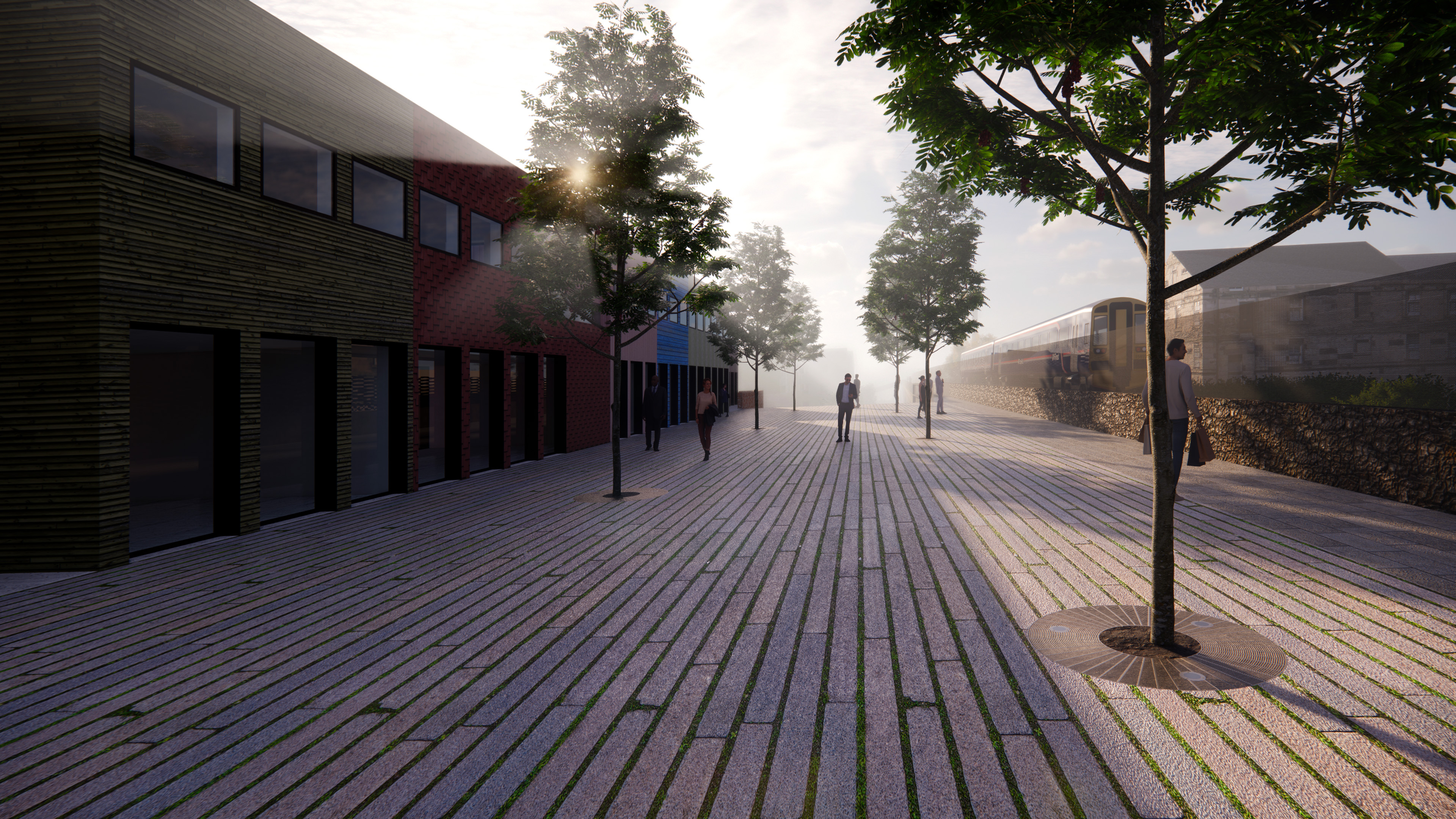 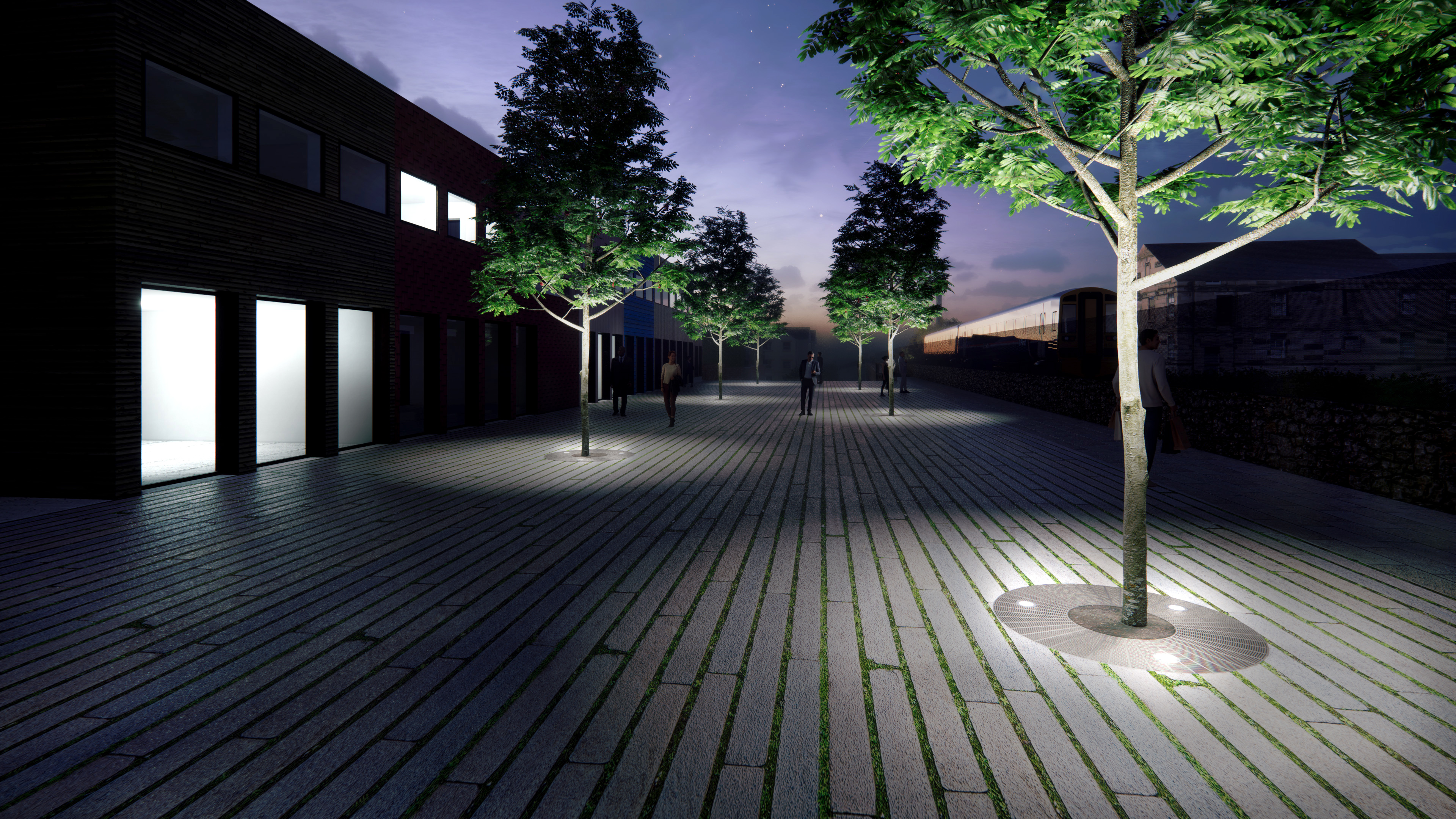 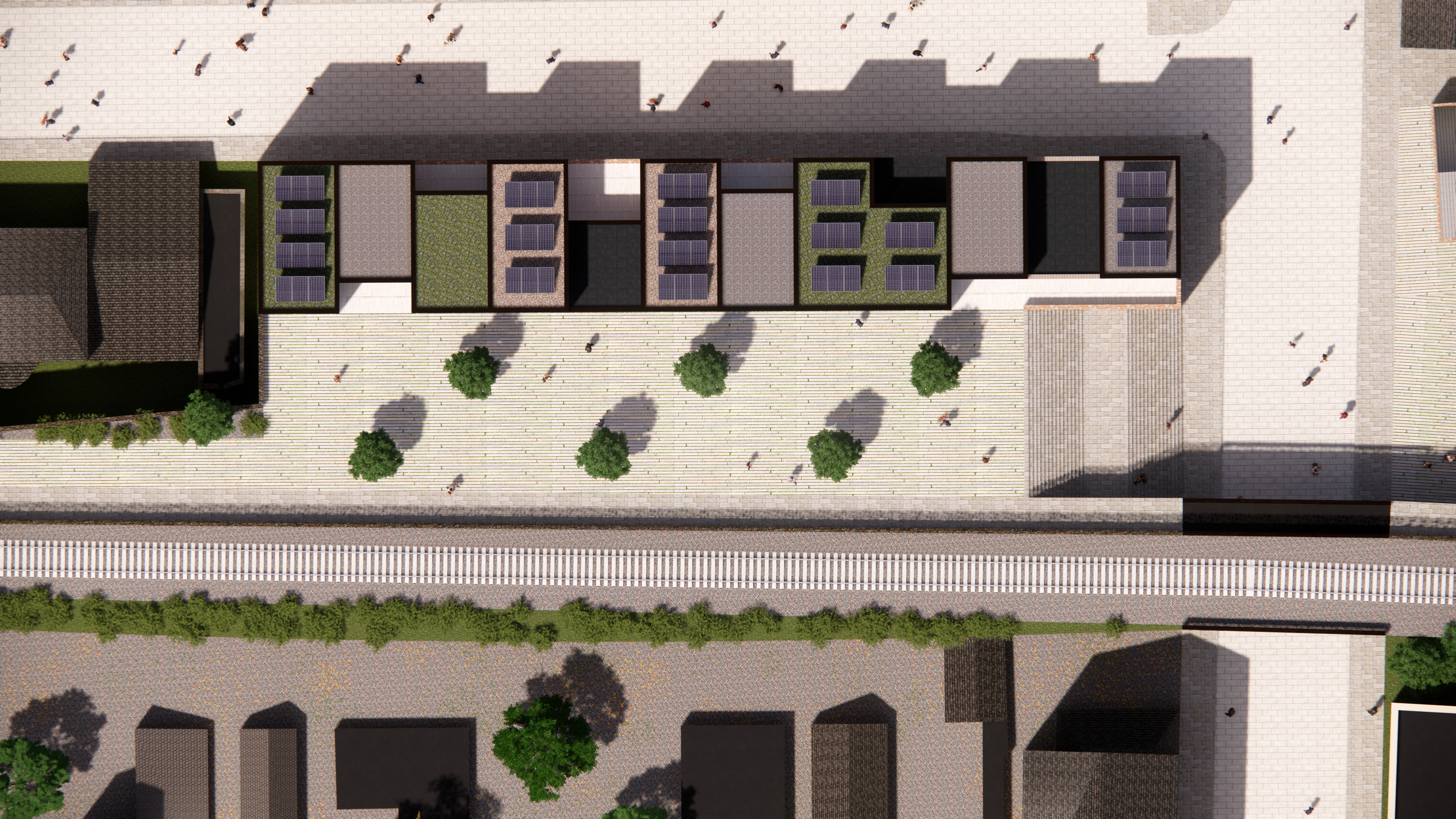 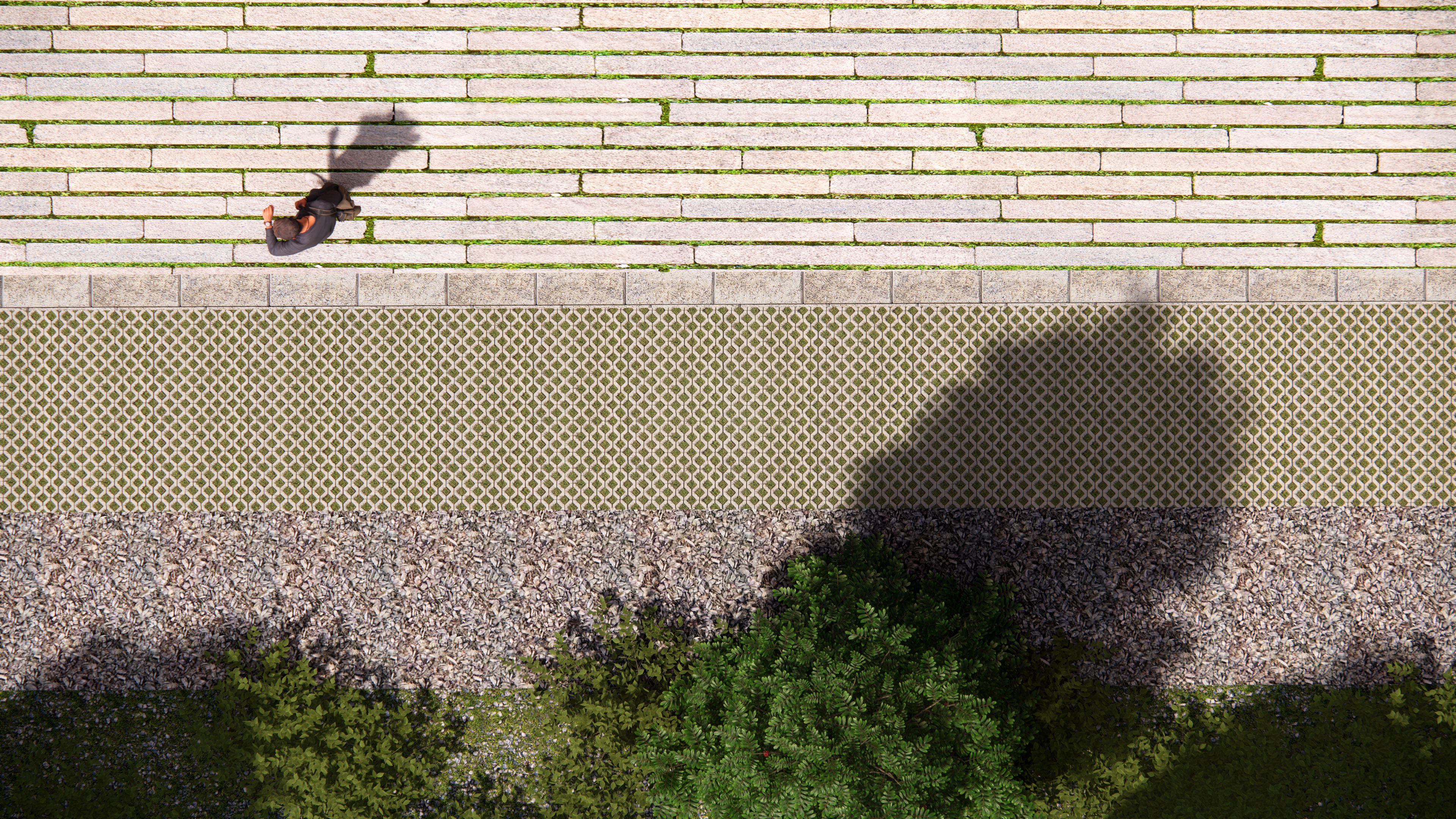 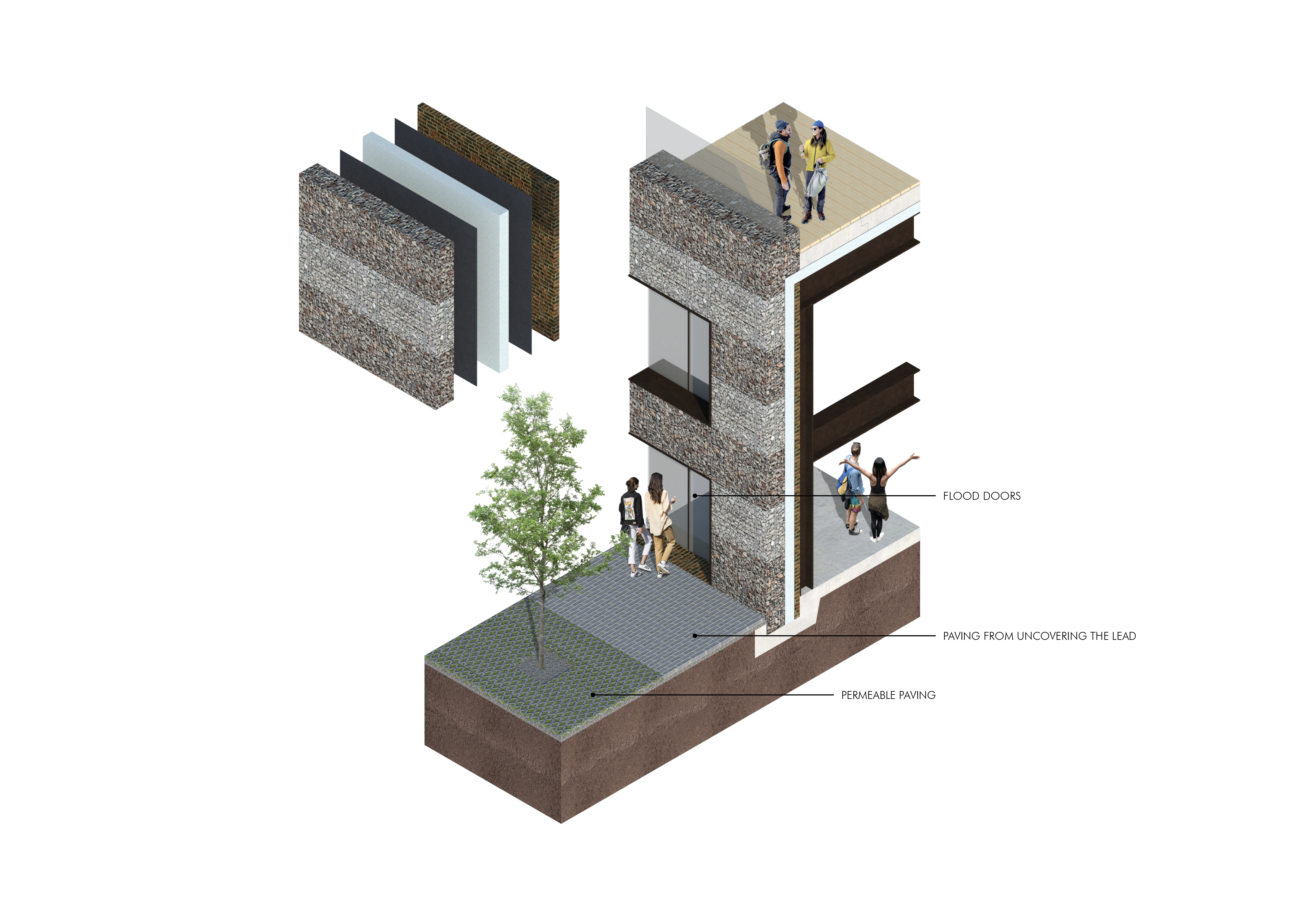 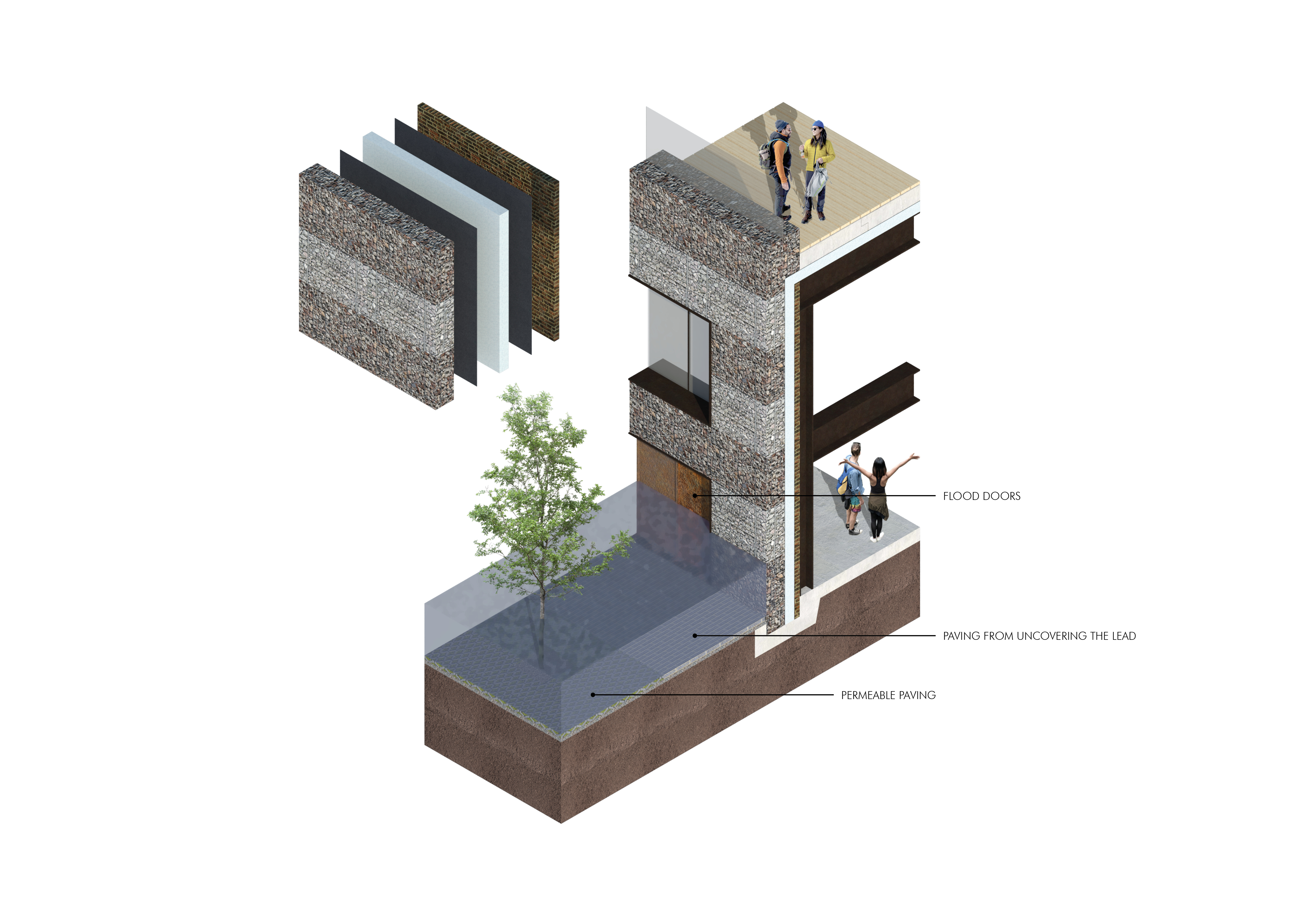 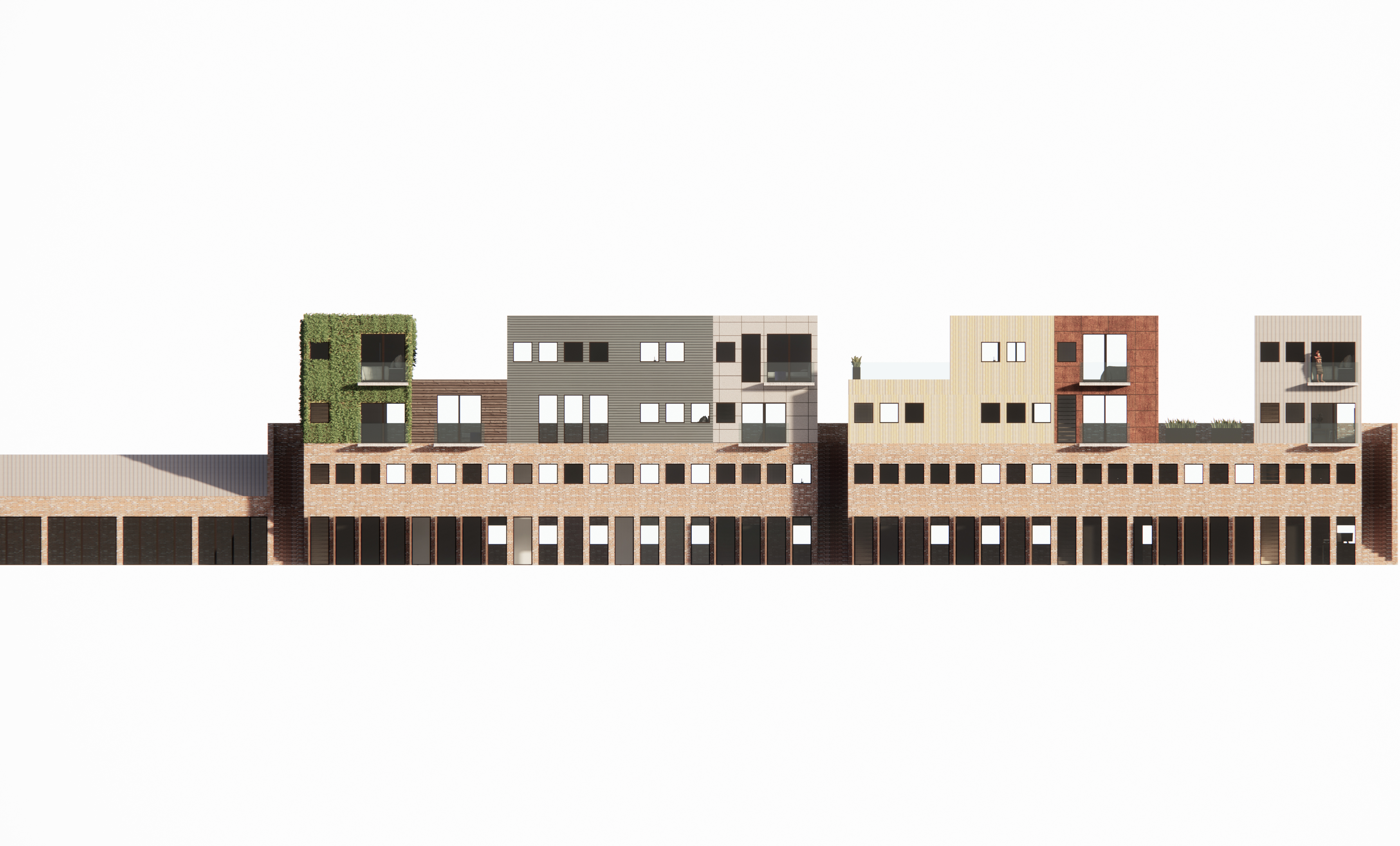 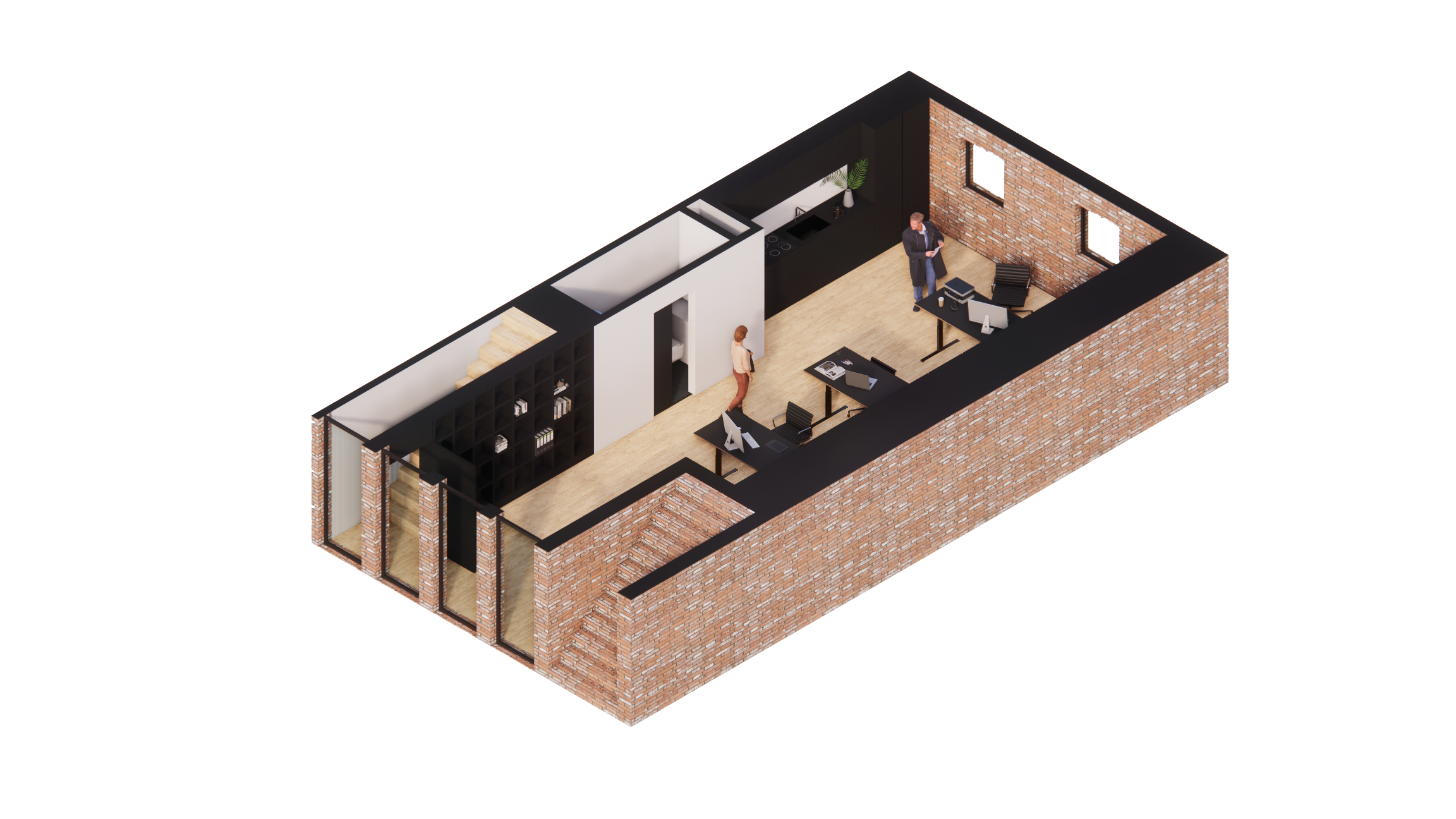 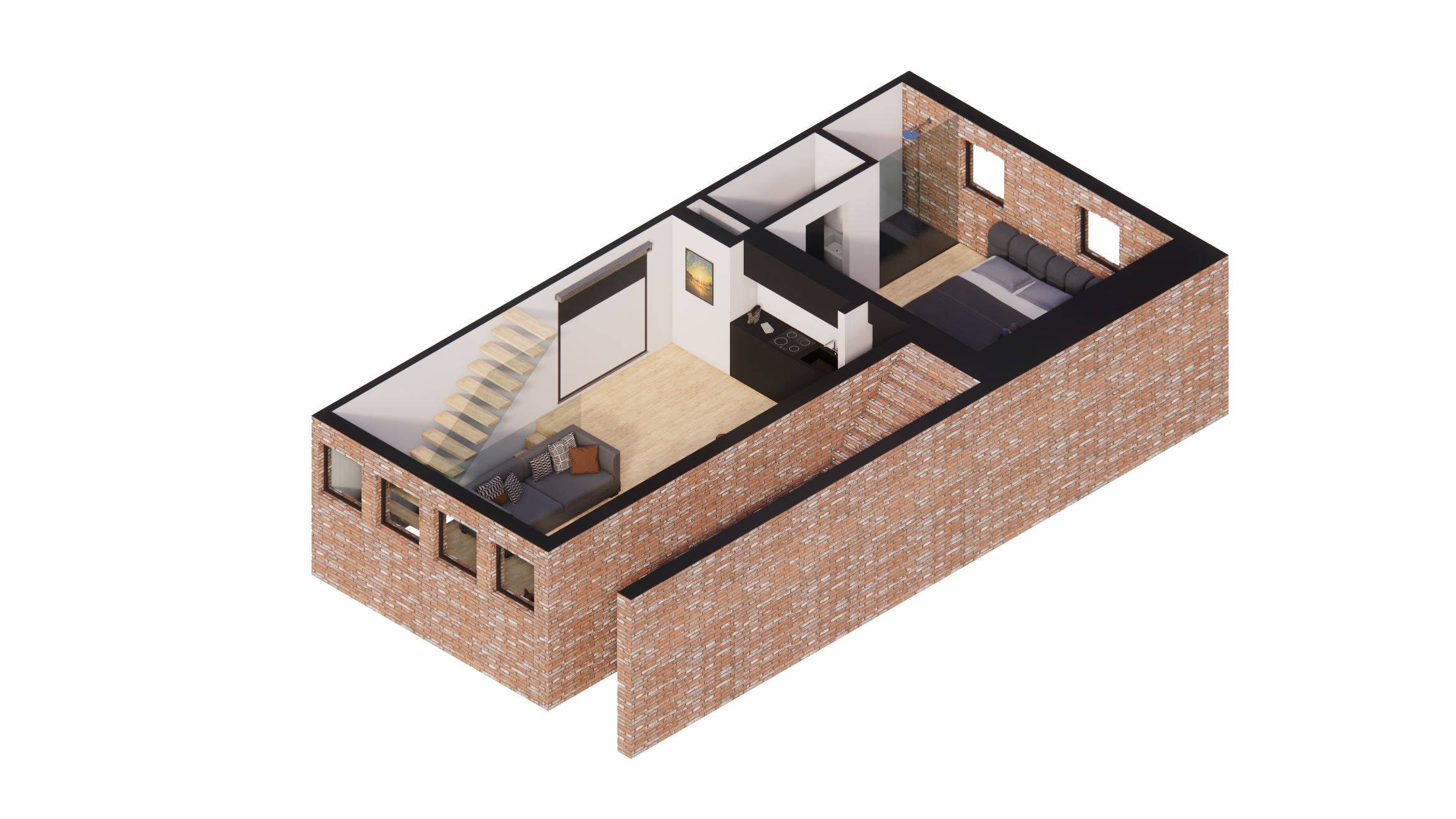 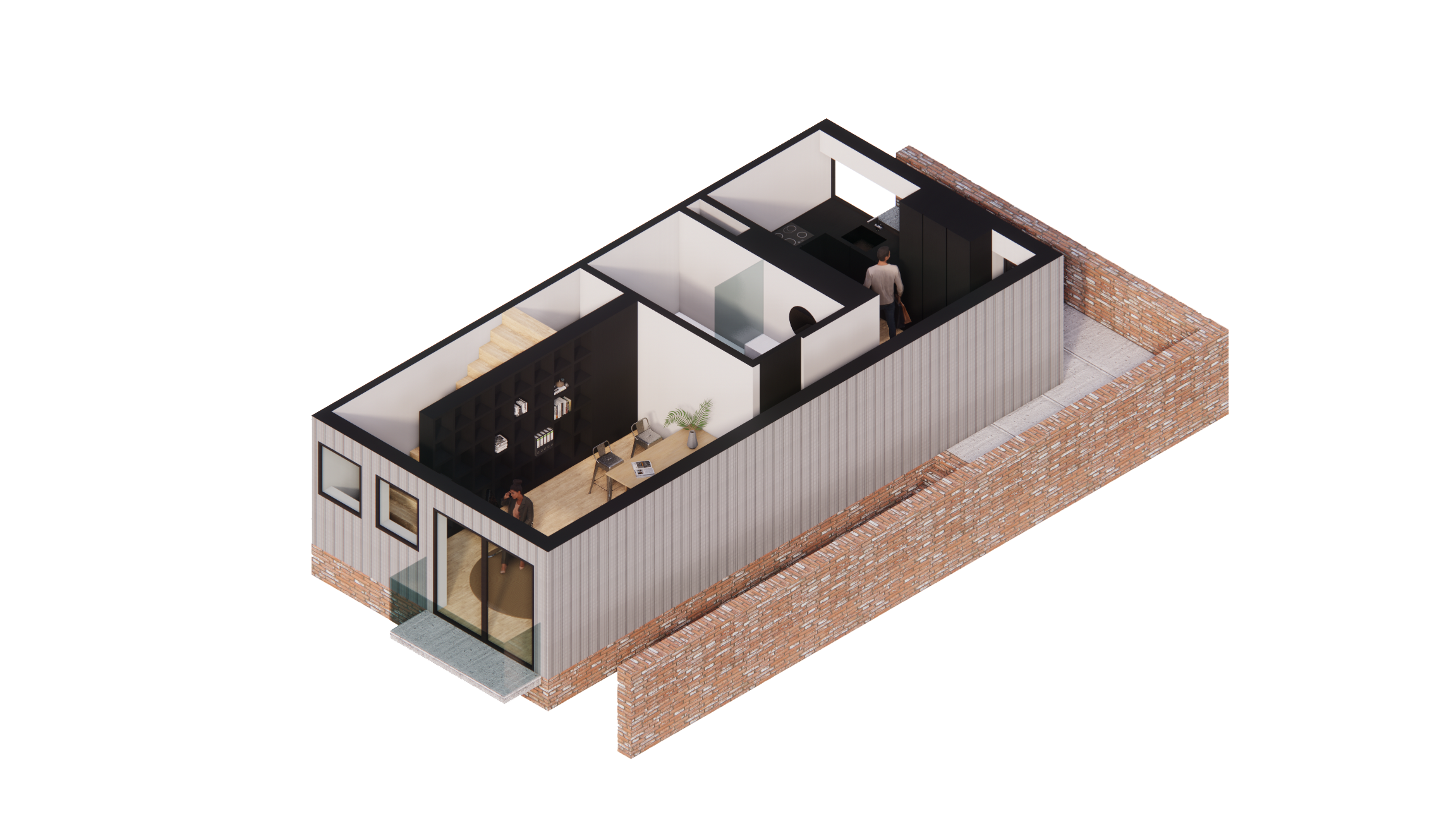 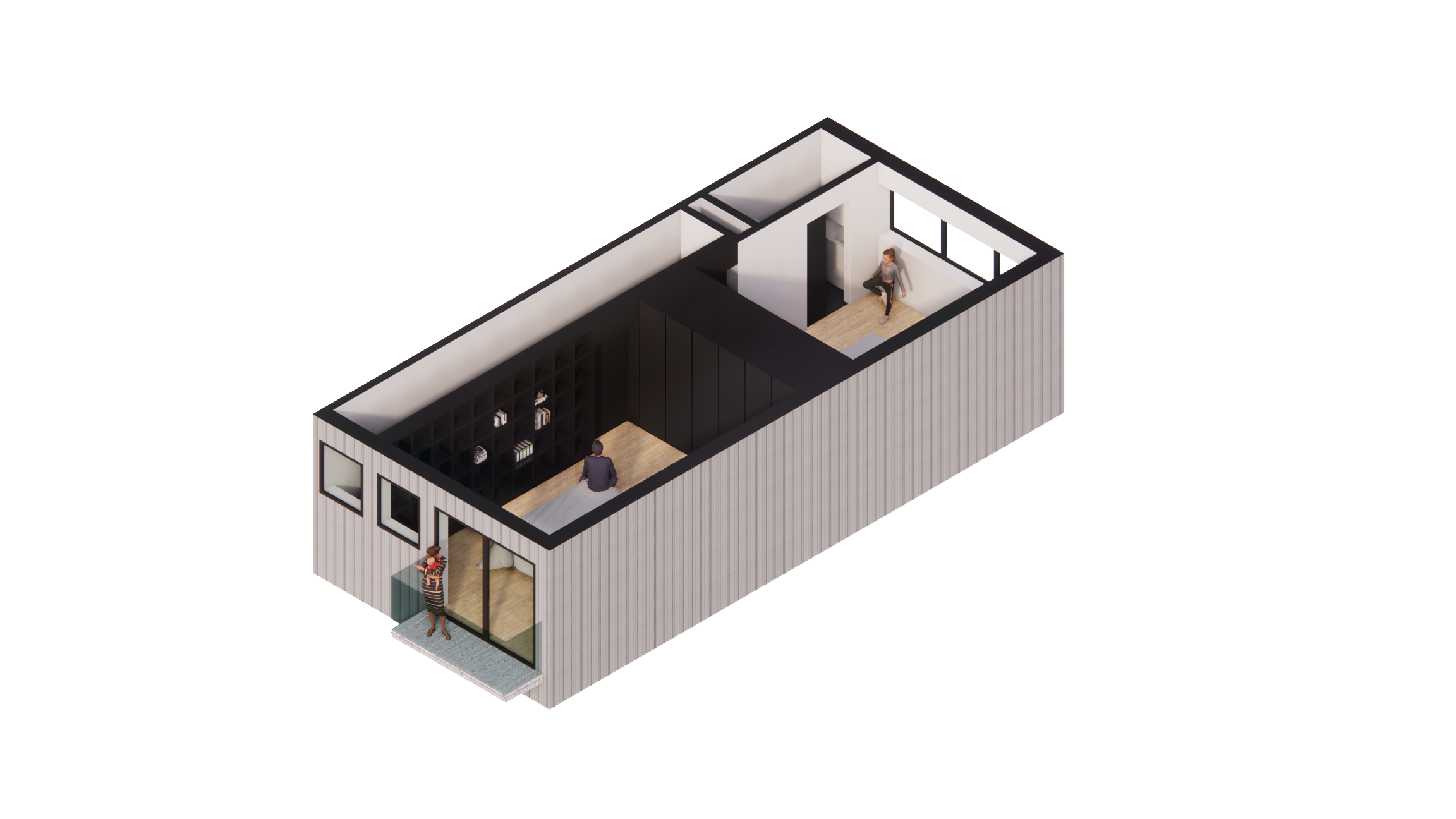