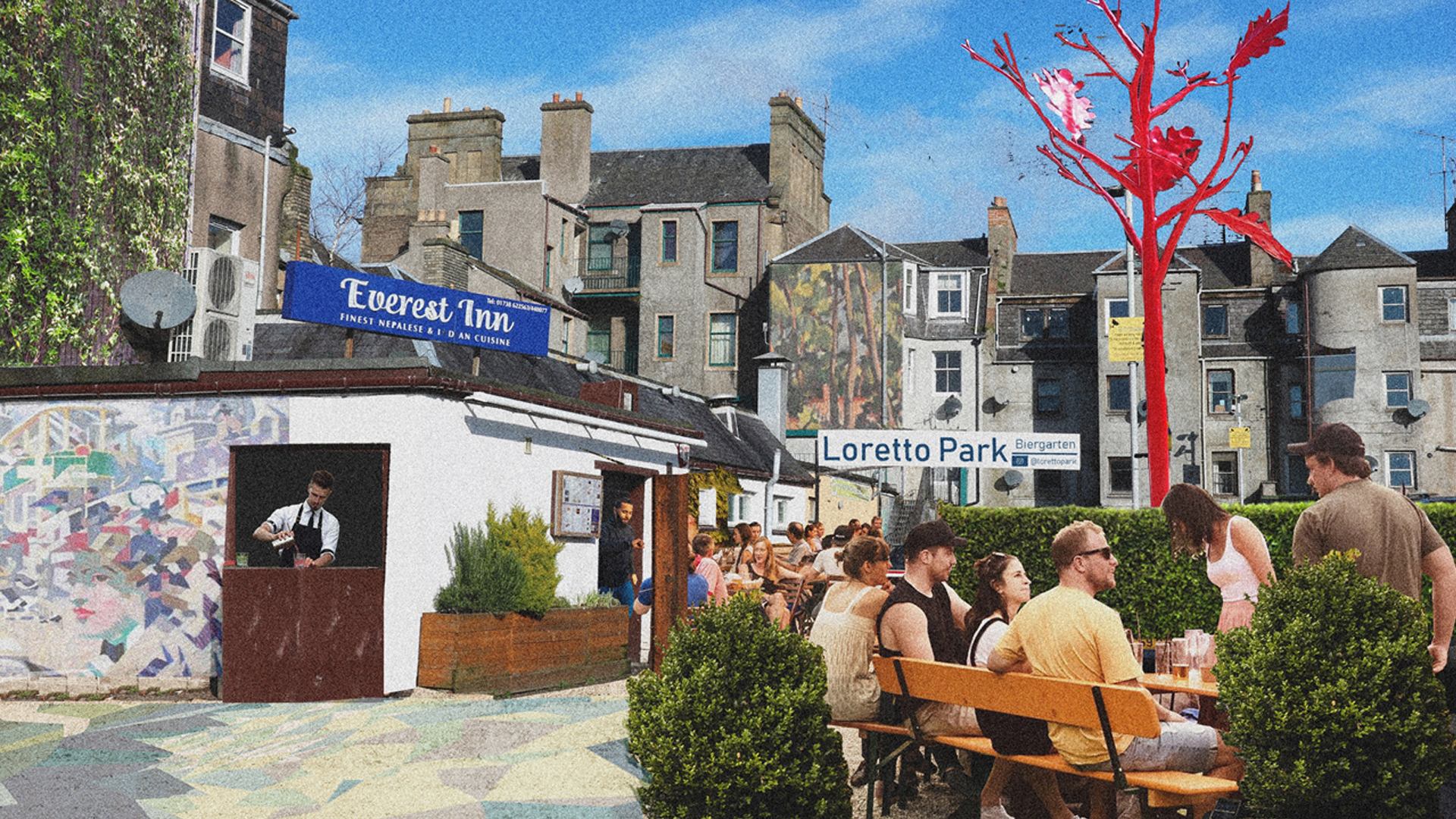 Summary
Summary
The Perth Community Reconnection Corridor is a pedestrian prioritised pathway through the the historic city centre of Perth, Scotland. The aim is a safe, clear, and convenient path from the train station towards the core made possible through an incremental conversion of car parking and select streets into usable green and blue public spaces. Increased lighting, public art and a infusion of green elements soften the urban landscape to invite residents and visitors to linger and enjoy the city centre.
Location
Perth, Scotland
Acknowledgement
Client
Perth & Kinross Council
Date
May 2020
Creator
Josh Speedie
Team
No items found.
No items found.
,
No items found.
Additional Content
Share
Proposal
Excerpt

The Perth Community Reconnection Corridor has three key goals 1) an incremental reduction and conversion of car parking and select streets into usable green and blue public spaces, 2) the connection of key nodes through a pedestrian prioritized path between the city centre and rail station and 3) activate under utilized ground level of buildings to stimulate public life and community interaction. These goals are supported by six design specifications: a corridor that is connected, convenient, comfortable, convivial, clear and climate resilient.

​The southwest corner of central Perth has important assets such as the train station, A.K. Bell Library and the historic King James Hospital. Yet the area is also a highly deprived area of the city as the 4th most deprived data zone in Perth and Kinross. While the area has an abundance of car parking, 67% of residents do not own or have access to a car. Moreover, this highly residential area of Perth is comprised of mostly rented units with 60% of residents living alone.

While the southwest is a greeting point for train and bus users, the area has an uninviting public realm. With swaths of the south west dominated by parking spaces, the area feels physically disconnected from the rest of central Perth. The area also feels neglected, leading to an unsafe environment at night in some areas such as the bus interchange site. Yet, the area is a quick walk to the city centre, has mature trees, and is blessed with visually interesting buildings as you walk towards the city core.

The area has been established as a site for improvement in many local plans with a new transport interchange, yet improvements have been slow and often not materialized. For example the bus station has been allocated for redevelopment since the 1997 Perth Area Local Plan. There is an opportunity to move the bus terminal to a site of a former Arnold Clark now owned by National Rail, southeast of the train station. By relocating the bus station to this site, it would free the existing bus station for redevelopment. While the area is dominated by car parking there are some sites such as near Hospital Street that are underutilized, and with a potential move of the bus station it could further change the parking equation of the area.

Planting along the edges of the corridor meanwhile acts as semi-transparent membrane between the private and the public space. This means there is a gradual transition of outdoor spaces with semipublic, intimate, and familiar spaces nearest the residence. The experience of the outdoor space as belonging to the residential area would result in a greater degree of surveillance and collective responsibility for this public space and its residents.

Pedestrianizing Hospital Street can elevate the historic hospital, provide opportunities to sit and enjoy the view, and provide a clear path towards the city centre aided with the addition of public art. Anchored by the historic Hospital on one end, and the A.K. Bell Library on the other, the area could become a cultural corridor with educational programing in a demonstration garden on former carparking spaces, enhancing the existing retail options along Hospital Street.

By 2025 physical interventions will include the pedestrianization of Hospital Street on Saturdays, public access to the hospital street garden space, and conversion of a portion of the AK Bell Library parking lot into a demonstration garden. Educational programming outside the A.K. Bell Library and the adjacent garden could activate the space, along with a Saturday independent retail market along Hospital Street, with stands from local and Perthshire creatives. By 2030, through the reduction of 11 car parking spaces, the north side of the Scott Street Car Lot is pedestrianized, with temporary seating and food trucks entering the site on Saturdays. The site of the former Pomarium Playground is depaved by community residents to compliment the tree planting and façade greening at the towers along Pomarium Street. By 2040 with the move of the bus station, the building becomes a hub for events and programming as a community studio and learning centre for local and Perthshire artists. By 2050 further landscape and street enhancements continue to mature increasing climate resiliency, and former car parking areas are transformed into vibrant public spaces linked by clear and accessible pedestrian routes.

This long-term project will greatly enhance the south west corner of Perth city centre and aid in transformation of the wider Perth area. The project will: